Time for the Italian Super Cup. Tomorrow night in Brindisi, the Italian champions of Treia and the cup winners of Piacenza will fight it out for the first trophy of the season. The two teams have already met in this competition in 2009 in Frosinone. Piacenza had lifted the cup aloft after a five-set battle. Treia’s coach, Alberto Giuliani, has already won the Super Cup twice in his career, in 2010 with Cuneo and 2012 with Macerata. The club not only kept their head coach but also 9 of the players that won the league last season. To make up for the loss of Ivan Zaytsev, they signed Giulio Sabbi and took Alessandro Fei from Piacenza. Dusan Bonacic and Konstantin Shumov are the other two new faces of Treia. Many more changes for Piacenza, who kept just five of its players among whom there is captain Zlatanov, MVP and winner of the Super Cup in 2009. They also have the winningest man of the competition with 8 triumphs: Samuele Papi. Among the new signings, there is the return in Italy from Russia of Valerio Vermiglio and the finalist of the world championships with Brazil, Mario Da Silva Pedreira Junior. There is also the Russian middle blocker Ostapenko and the former Verona star Ter Horst. To lead this group, the club named Andrea Radici as new coach. He will make his full debut in this competition.

IN THE SUPER CUP: 1 (Piacenza)

Alberto Giuliani (coach Cucine Lube Banca Marche Treia): “Getting off to a good start by taking the first trophy of the season could be very important. A trophy that would turn a good season into an excellent one. We’ll take on the strong side of Piacenza. They have changed a lot compared to last season, they brought in some top quality players, one above all Valerio Vermiglio. I have total confidence in the group we have to win this trophy. Even if it’s early we’ll try to play a good volleyball”.

Andrea Radici (coach Copra Ardelia Piacenza): “The waiting has been long, over eight weeks. We have worked all along towards this prestigious event. This will be my first time, I am really excited about it. I have seen the group work with great focus and determination, I am convinced Piacenza will play a good game. I don’t know how the game will turn out, we are focused on our own game. Given the roster put together, I’m sure Piacenza will have an important part to play this season. The team has everything it takes to do well. As for the Super Cup, in a final played on one single game, there can only be one goal, the victory”. 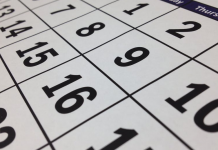