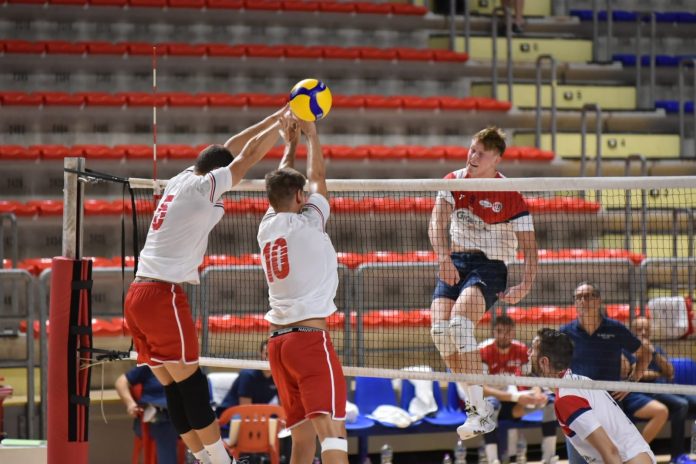 Also for this evening Di Pinto tries various game formations and solutions aimed at finding useful tactical indications, also considering the insertion of the Canadian spiker Eric Loeppky who only reached the team on Thursday.

After a somewhat rusty start in which Lagonegro’s team snatches the pass for the first set, the hosts find a good match pace and win the next 3 sets.

The statements of some athletes who did well tonight:

Director Cottarelli: “Positive feelings, after the first two tests with Castellana we are finding more and more certainties and playing better and better, now we have also found Loeppky who responded well tonight, he trained yesterday for the first time and met all his teammates. In general, it was a good test even if there will certainly still be a lot to work on, with the coach to find even more affinity, now we will study this match well to see what is missing and where to fix ourselves to do even better. ”

The words of the middle blocker Gargiulo: “It did not go bad at all, it took us a while to fuel and this is something we will have to work on, but certainly we immediately returned well from the second part; we tried something a little different tonight; we are also in the final phase of preparation and from next week we will do a low physical work in the weight room, concentrating on the game phase and certainly we will be lighter on the legs and arms and we will also acquire greater speed “.

Fourth test match on the 21st in Corigliano against the Greek team Panathinaikos, and on the 24-25 in Gubbio for the “Team Spirit” tournament against Hebar Pazardzhik, Top Volley Latina, Emma Villas Siena.