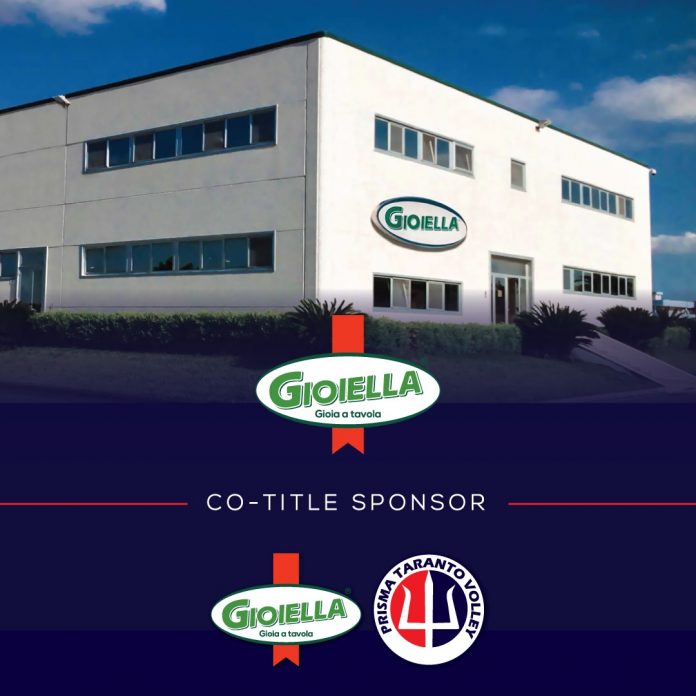 The Prisma Taranto Volley club announces that it has renewed its partnership with the Gioiella company, already co-title sponsor last season.

The company based in Gioia del Colle has therefore called the great Tarantino Apulian volleyball “Gioiella Prisma Taranto”, which had great visibility and trod all the major Superlega taraflexes, accompanying the team in its most important challenges.

Gioiella is a historic dairy company from Puglia that is expanding nationally and internationally, a historic entrepreneurial reality of the Capurso family and represents one of the most renowned and important food and wine excellences of the region.

In recent years it has seen a growing and exponential development that has occupied ever wider market spaces, pursuing the quality of its products and respect for the territory as the main focus. It produces mozzarella, scamorza, stracciatella and burrata with Italian milk from local farms. The cows are raised in the pastures of an enchanted place, the Murgia Park, a plateau that cuts through a large part of Puglia crossing the Itria Valley. An area rich in greenery, history and natural resources.

This solid agreement therefore had the key objective throughout the season to bring the Apulian territory to the top, not only in the sports field.

Therefore, also in the 2022/2023 sports season, the Ionian club will be called “Gioiella Prisma Taranto Volley”.

Andrea Brandonisio is Sole Director of Capurso Trade & services Srl. In 1990 he was already sponsor of Volley Gioia, and this shows how much the Capurso family believes in the importance of Apulian sport. For the second consecutive year he therefore decided to seal this partnership which saw the club of President Bongiovanni obtain a well-deserved salvation in the most famous championship in the world and continue to contribute concretely to the Gioiella Prisma Taranto Volley project.