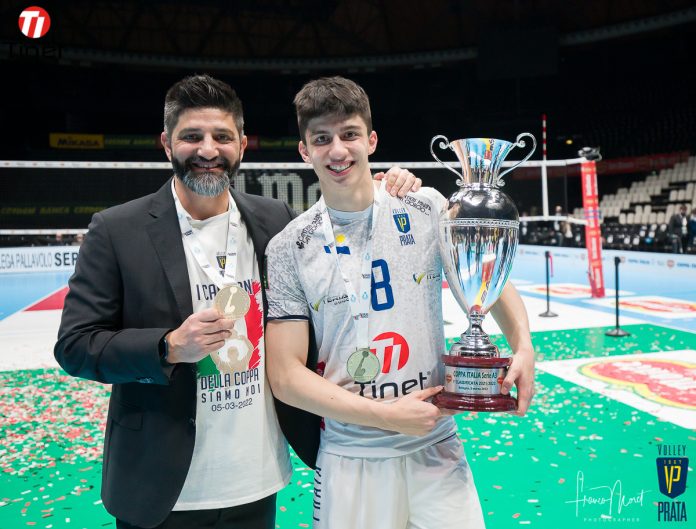 The triumphal season of Tinet Prata never seems to want to end. After the successes on the field, there are also gratifications outside the taraflex. The Sports Director Sturam, representing the club, collected the banner for the victory of the Italian Cup and the plate symbolizing the victory of the A3 championship in Bologna, the press office received the gratification and praise for having distinguished himself among those of the category. They were satisfactions that would have made this season more than positive already because they rewarded teamwork both on and off the pitch. But a few minutes ago the icing on the cake arrived. The Serie A Volleyball League has announced the individual prizes for the season and, not even to do so on purpose, once again the yellow and blue colors have monopolized them.
In fact Dante Boninfante won the “Costa – Anderlini” Award 32nd – as Best Serie A3 coach while Mattia Boninfante will receive the “Gianfranco Badiali” Award – as the best Italian Under 23 player in the category.
A gratification that gives credit to two great protagonists of the season and that makes the club proud, which feels amply rewarded by the trust given to the two Boninfante at the beginning of the season.
A situation that is not taken for granted, but one that Mattia, on his absolute debut in Serie A, and Dante managed to the best of their ability, balancing life in the gym and that on the court and then putting on the field talent and dedication, hard work and great competence.
Reached by the news while they are busy with the national teams (Dante for the European qualifiers with Greece and Mattia at the EYOF with the U20) they expressed great satisfaction “The emotion is great – says Dante – and I believe that this award should be shared with all those who work within the company, from the first to the last. I can say that we feel special in a special club! ”

“It is a nice prize – Mattia reiterates – because it confirms that my team mates and I, together with the club, have worked well throughout the season. It is a joy that I want to share with everyone and that convinces me more and more that if you give your best all together, satisfactions will come “ 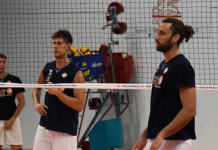