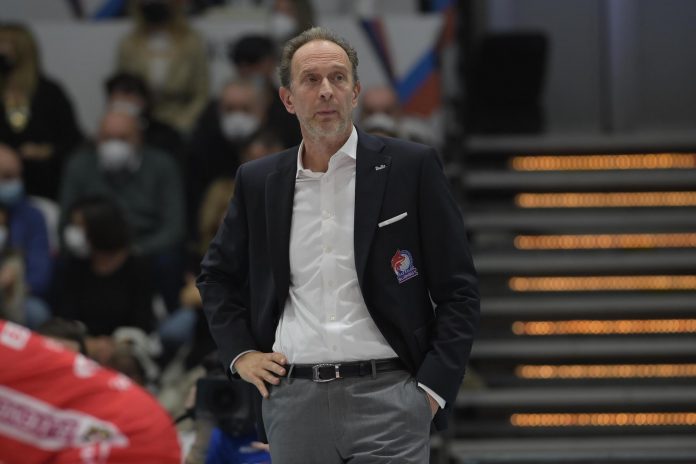 Gas Sales Bluenergy Volley Piacenza announces that Lorenzo Bernardi will sit on the red and white bench in the 2022-23 season. The project started two seasons ago by the company of the President Elisabetta Curti continues with the Trentino technician. For the third consecutive season Bernardi, elected by the FIVB Best volleyball player of the twentieth century and considered the strongest volleyball player of all time, as well as a symbol in Italy of the so-called Generation of Phenomena and who this season led the team to qualification for the Challenge Cup, he will continue to lead the red and white.

Dedication, determination and charisma are some of the qualities of the coach of Gas Sales Bluenergy Volley Piacenza, qualities that are the basis of his long and successful career in the world of volleyball.

“I am happy to be able to continue – underlines Lorenzo Bernardi – to work on a project that improves year after year and becomes more and more ambitious. Next season we will be protagonists in Europe and this must be a source of pride for all of us and for those who will be part of the new team ”.

“We respect the agreements made a few months ago and the path taken two years ago. And we are convinced that Lorenzo Bernardi can give further added value to our path ”.

As a player Bernardi boasts prestigious trophies such as 9 Italian Championships won, 5 Italian Cups, 3 Italian Super Cups and, at European level, 4 European Cups, 2 Cups Cups, 4 CEV Cups, 2 Super Cups. Man symbol of the national team with 306 matches played with the blue jersey, Bernardi has hoarded gold medals between the World and European Championships and also winning a silver at the 1996 Olympics. As a coach after his experiences abroad first in Poland on the bench of Jastrzebski Wegiel then in Turkey with Halkbank Ankara where he won a championship and a national cup, the coach born in 1968 returned to Italy in 2016, marrying in Perugia. At the head of the Umbrian team, coach Bernardi triumphed, winning the Scudetto, the Italian Cup and the Italian Super Cup in the 2017/2018 season, while in the following season he repeated the success in the Italian Cup. 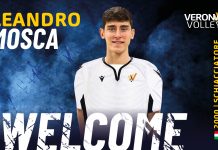 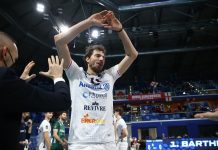 Matteo Piano on the extension 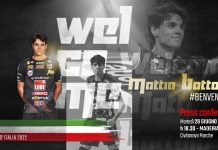