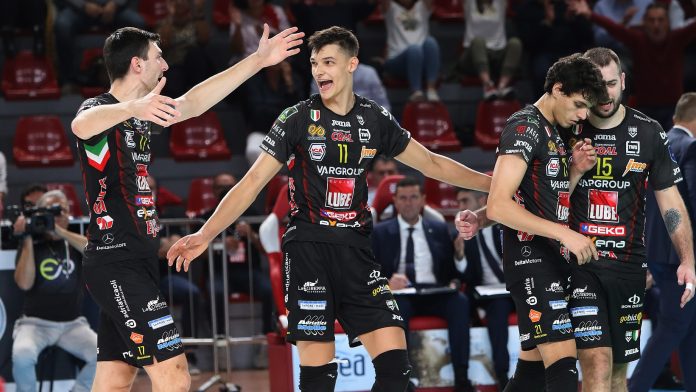 Rome will be the home of the Del Monte® Coppa Italia 2023: the doors of the Eternal City will open again to the great SuperLega event on 25 and 26 February 2023 with the Final Four formula.

“Target Capitol” for Cucine Lube Civitanova! Already admitted to the Del Monte® Coppa Italia quarter-finals and intending to appear as seed with a backlash in the recovery of the 8th round of the Regular Season at home to Siena (December 21, 8.30 pm), the red and white team will play the December 29 the one-off race for access to the F4! The current opponent and the home factor will be linked to the final classification of the first round in SuperLega Credem Banca, which is still being defined. The will of the Italian champions is to redeem last season’s premature exit from the cup after memorable years as protagonists. Captain Luciano De Cecco and his companions will give everything in an attempt to detach the pass for the Palazzo dello Sport in Rome, which will host the 45th edition of the trophy.