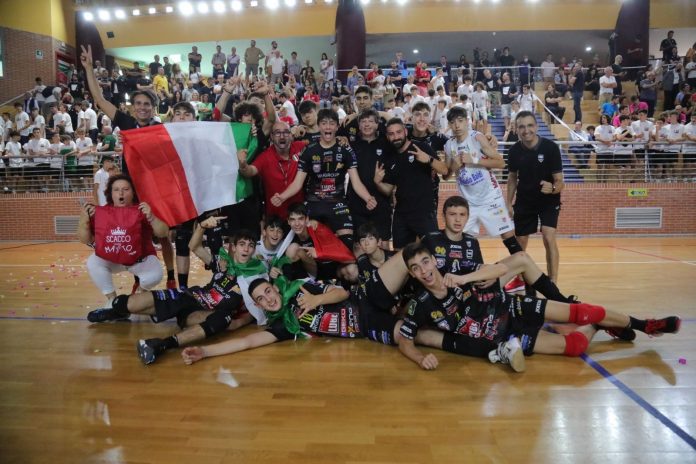 After the bronze in the Del Monte® Junior League, the Academy Volley Lube celebrates the Under 15 Scudetto won this morning at PalaUnimol in Campobasso. Federico Belardinelli’s team overcame the obstacle of the Grand Final against Volley Montichiari (27-25, 25-19, 25-15) with the maximum margin, hitting the first national title in the category. A solid undertaking centered on face-to-face with the only team that had managed to beat the Lubinis (at the tie break in the group). After the second place in the Pool Phase, the red and white have not done anything wrong by raising the level and eliminating the Pink Devils in the Quarterfinals and Anderlini in the Semifinal and then taking a major revenge against Montichiari.