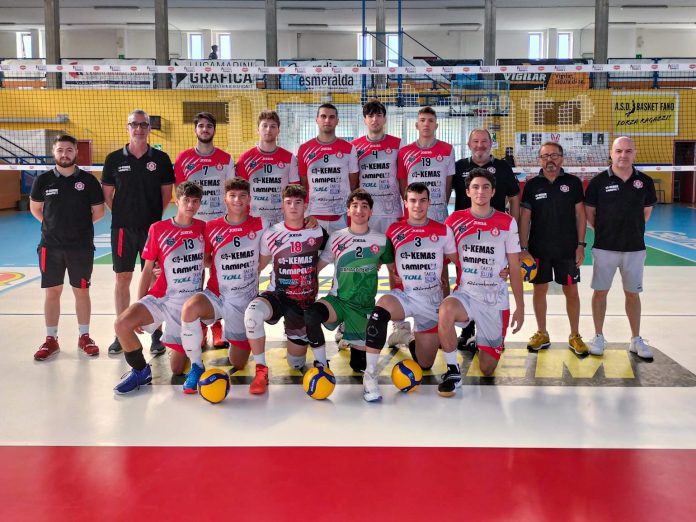 With the participation in the Junior League “Final Eight”, the tiring but rewarding season of the team led by Alessandro Pagliai ended. The twenty-ninth edition of the prestigious event was organized in Fano by the Serie A Volleyball League and saw the participation of five Superlega franchises: Cucine Lube Civitanova, Vero Volley Monza, Kioene Padova, Sir Safety Perugia, Itas Trentino. The remaining three “slots” were occupied by teams that left the preliminary round: Kemas Lamipel S. Croce, Gamma Chimica Brugherio and Vigilar Fano won, respectively, on Montecchio Maggiore, Mc Donald’s Brescia, Med Store Macerata. Two elimination rounds, from four formations each: Kemas Lamipel came in third place in group B, overcoming Vero Volley Monza with great satisfaction in the first match (3-2), and giving up, in the other two scheduled matches, of in front of Padua and Brugherio (the latter formation was then awarded the trophy). The placement obtained allowed the red and white to cross the third classified of group A, Perugia: the final for the 5th-6th place was the prerogative of the Umbrians (3-1). It should be emphasized that the team practically played the entire tournament without its opposite owner: Tommaso Riccioni suffered a fractured little finger during the first match against Monza.
These are the considerations of coach Alessandro Pagliai, on the tournament and on the season:
“I am extremely satisfied with the placement obtained by the boys in this“ final eight ”, but in general for what was shown throughout the season. We set out on the adventure of a national Serie B, with little more than the Under 19 team, and at the beginning we really struggled. But we never stopped believing in these guys, neither the staff nor the managers: thanks to an important weekly job, they have grown exponentially. An unexpected salvation arrived, in a category that the boys were facing for the first time, followed, a few days later, by the conquest of the regional Under 19 category title and by a participation in the national phase where we stood out so much to collect the compliments of Velasco and Blengini “ 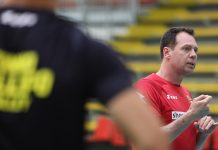 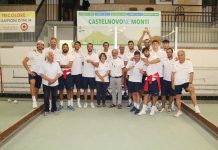