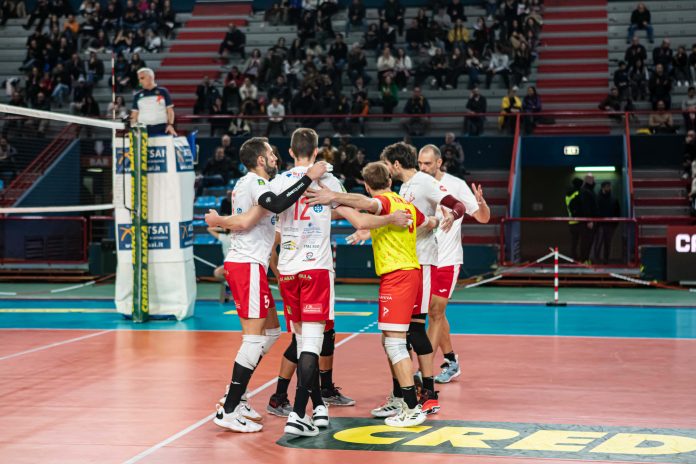 It is a crucial moment for the Stamplast M2G Green Bari Group in the Blue group. After the missteps committed in the presence of Rome and Sorrento, the red and white collective is preparing to face, in the space of a few days, two very difficult matches against Leo Shoes Casarano ( third, at +1) and Sieco Service Ortona (second, at +9 after the victory in three sets yesterday against Sabaudia).
Two obstacles before which captain Paoletti and his companions will measure their high-ranking ambitions. Tonight is the time for the derby, within the friendly walls of the PalaFlorio.
The red and whites focus on the home factor to reverse the course and win very heavy points three days from the halfway point of the championship.
The next opponent is one of the tough ones. Coached by coach Fabrizio Licchelli, Leo Shoes is a young team but full of talent. One above all Nicola Cianciotta. Raised in the Materdomini cantera and winner of the U22 European Championships with the national team in July, the Apulian spiker is leaving his mark in his first year in the rossoblù, with 205 points scored so far and the momentary fourth place in the general classification for aces scored (19 in the first ten races played).