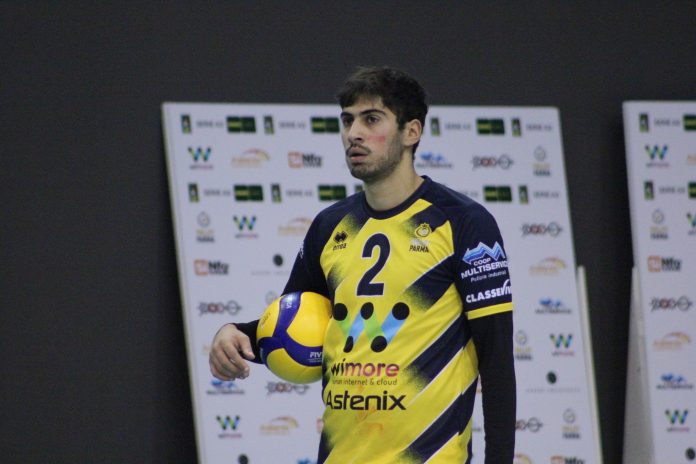 WiMORE Parma smiled again thanks to the precious 3-1 home success against Gamma Chimica Brugherio, in which the MVP palm was awarded to Dante Chakravorti, who returned on Sunday and recovered in extremis from the physical problems of the past few weeks. The Italian-American setter’s excellent performance in directing, who had only partially resumed training in a group since Thursday, is certified by the percentage of 46% in attack of the Gialloblù who, given in hand, could count on as many as five players (the top Rossatti scorer at 19 points, followed by Fall, who grew exponentially in distance, Sesto, author of five blocks, Reyes, inserted as opposite during construction, and Daniel Codeluppi, very consistent from the start and decisive in the endgame ) with numbers higher or close to double digits, testifying to the variety of distribution of the balls even without the opposite Cuda and, from the second set, also Beltrami, who fell badly on his ankle after being the extra man in the opening set. Chakravorti holds close to the entire stake which projects Parma to ninth place, in the group of seven teams in the middle of the standings enclosed in just two lengths, on an equal footing with Montecchio Maggiore and San Giustino and, above all, plus seven on the trio of queue Mirandola, San Donà and Monselice. “The three points are very useful for us, Brugherio played well and it’s a young team that I think will improve a lot and win many games. We had a bit of difficulty due to Matteo’s (Beltrami) injury, but I’m very proud.”