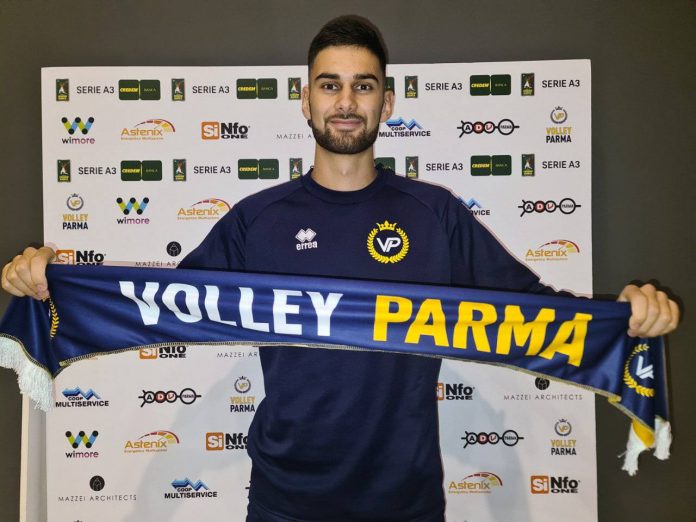 WiMORE Parma is pleased to announce the signing of the Bulgarian opposite Hristiyan Dimitrov, who in this first part of the season had played for MAFC BCME in the Hungarian Extraliga. Born November 2, 1999 in Varna and 200 centimeters tall, despite his young age, he has already traveled far and wide across Europe playing for KA Akureyri in Iceland, where he had moved with his parents, Hypo Tirol AlpenVolleys Haching in Germany, Caruur Volley Gent in Belgium before returning home to Dobrudzha, his second move to Iceland to HK Kopavogur and the last few months in Hungary. Now the first experience in Italy thanks to the call from Parma, forced to deal in recent weeks with the injuries that occurred first to Cuda and then to Beltrami. “Considering the high number of injuries that have affected the team – the words of sporting director Alessandro Grossi, who has now filled the “slot” as a foreigner reserved for each Serie A3 club – for some time now we had been in full numerical emergency both on Sunday at matches and during training during the week. We asked for a great effort from the boys who have been commendable up to now but clearly they were constantly under stress training in a few and often with the support of the Under 17 athletes. For a few weeks we had started looking around to make an addition to the roster , now the opportunity has arisen to insert Hristiyan and we didn’t let it slip: we are very happy with this operation because he is a young player who certainly fully reflects our philosophy and will integrate well into the team group. We trust he can give us a big hand in training and, little by little, when called upon, also in the match.” Dimitrov, previously called up to his country’s Under 19 and 20 squad, will wear the number 3 shirt and will already be available to coach Andrea Codeluppi for this afternoon’s home match at PalaRaschi against Monge-Gerbaudo Savigliano.