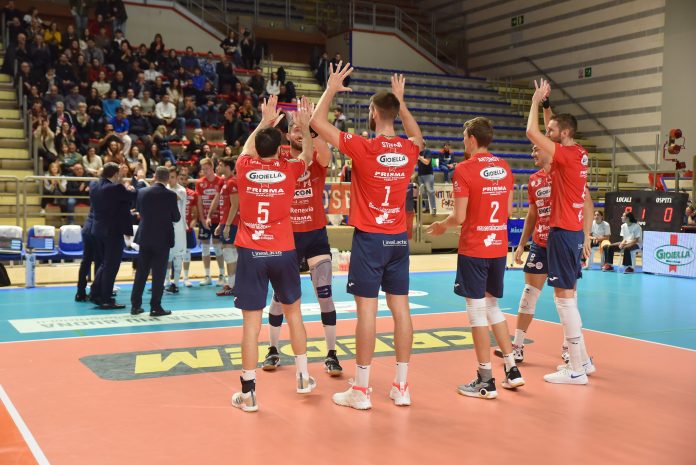 After two away games in which Gioiella Prisma played well and earned three important points in Siena, before coming close to the tie break against Perugia, the rossoblù return to the Ionian with their heads held high, for the match scheduled for the final first leg Sunday at 6pm, bringing a breath of fresh air and the desire to fight, this time against an opponent who is fighting for a place in the central area of ​​the standings, Allianz Milano, which recently lost against Lube Cucine Civitanova 3-1.

In the Milanese ranks is the young setter Porro, already under 21 world champion, diagonally with the strong French opposite Patry, and the spikers Ishikawa (author of 17 points in the last match, great protagonist of the last world cup with the Japanese national team ) and the Cuban Megarejo, the middle blocker Vitelli (18 points in the last match) and azzurro Piano who was the best block scorer last season, the expert libero Pesaresi, as well as the spikers Ebadipour, in the last match adapted to the middle to compensate for Piano , and Lawrence with the Argentine middle blocker Loser, and the recent acquisition Fusaro: an excellent, well-knit roster organized by mister Piazza, also coach of the Dutch national team. With a dynamic game that involves the middle game very well, Milan goes hand in hand with teams like Verona Volley and Gas Sales Piacenza, and it will take a really important performance from the rossoblùs to be able to tip the balance in their favor at the PalaMazzola.