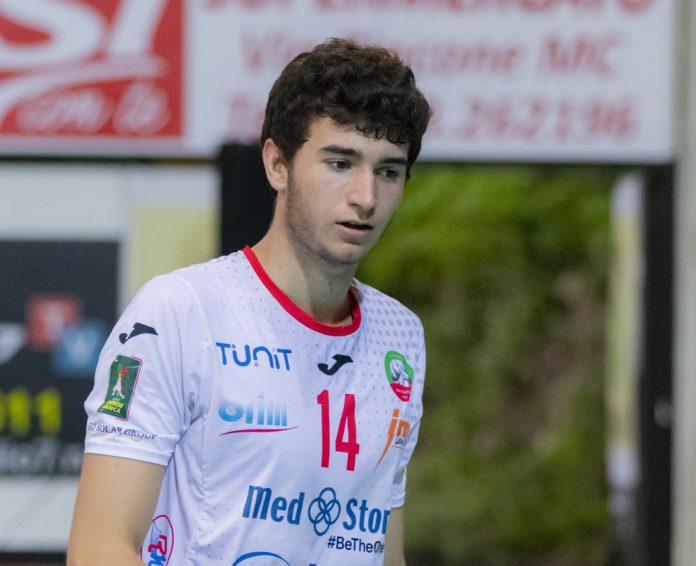 The middle blocker born in 2003 from Brescia leaves Macerata at the end of the season. He had arrived last summer together with the other boys, Paolucci, Ravellino, Scita, Scrollavezza, a large group of young people to grow by training alongside the Med Store Tunit champions as per the tradition of the red and white team. Filippo Facchi did not miss his commitment during the season despite the few appearances; now the adventure in red and white for the central player ends but the Serie A3 championship lived in Macerata up to the Play Off semifinals was an important stage for his growth, accompanied in parallel by the commitments as a protagonist with Volleyball Banca Macerata, the Serie C formation, under the guidance of coach Carlo Giacomini. Med Store Tunit then greets Filippo and wishes him to continue to grow, wishing him the best for the future in volleyball.