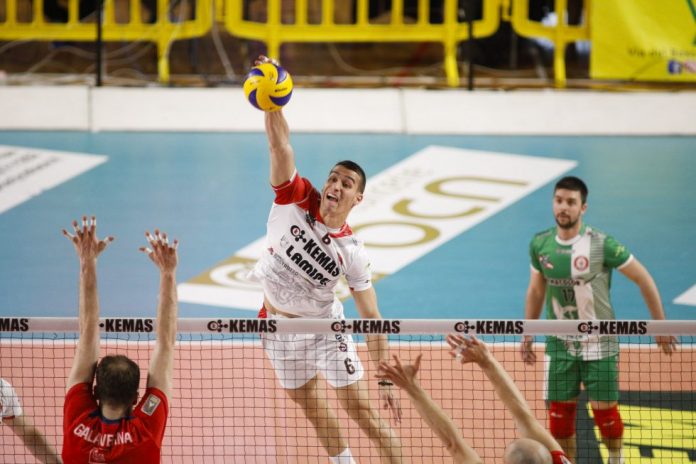 Forty-eight years later. From one Bulgarian to another. From a champion to a super player who has all the desire to be a protagonist (again) in Italy. The Wow Green House Aversa brings back to Italy a real bomber, 196 centimeters and just 25 years old, a real luxury for the A3 Series: Gordan Lyutskanov is the sensational market hit scored by the president of the Norman Academy Sergio Di Meo.

A Bulgarian national team who strongly wanted Aversa and who signed the contract that binds him to one of the most important volleyball players in Campania. The hitter is the third Bulgarian to wear Aversa’s shirt. In the 1974-75 season Koritarov hit a sensational promotion in Serie A, then there was in Serie A Simeonov and now it’s time for Lyutskanov who is a true masterpiece for the immense quality he will be able to bring to the Italian Serie A3 championship. A long negotiation, led by sports director Alberico Vitullo, closed in the last few hours, which allowed Wow Green House Aversa to include a top player in the roster available to coach Paolo Falabella who will be among the matadors of the next season 2022-23.

Lyutskanov has already played in Italy, precisely with Kemas Lamipel Santa Croce, in the 2018-19 season: he was signed a few days before the playoffs and played 8 games, 6 were the victories and 108 points, with 11 blocks on the scoresheet. Then the return to Bulgaria in the top flight with Levski Sofia: here he played all the great championships, always playing as a starter and above all ‘taking advantage’ of the opportunity to compete also at European level in the Challenge Cup.

The Bulgarian Lyutskanov was welcomed by the president Sergio Di Meo: “We have closed a large market operation – said the Norman patron – and I am convinced that with the director Vitullo we have managed to build an excellent roster in view of the new competitive season. We will leave no stone unturned, we have clear objectives and a dream that we will continue to pursue this year as well. ” In the next few days the names of the second setter, the central fourth, the second free and a new hitter will also be announced.