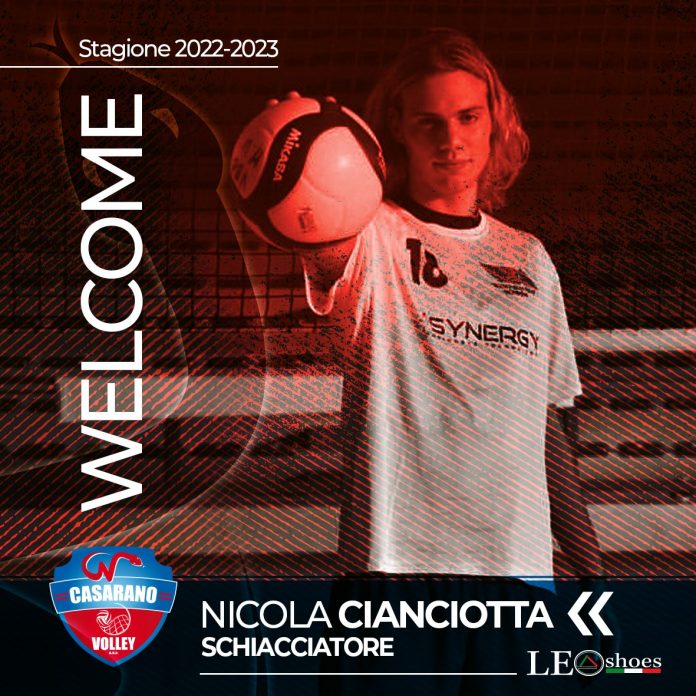 A reigning world champion, a title won last October with the jersey of the Italian junior team, is the gift that the rossoazzurra club receives in this volleyball transfer session.

On Wednesday, the contract that will bring the fourth-placed spiker Nicola Cianciotta to Salento in the last season in A-2 at Mondovì was finalized.

Born in 2001, 198 cm, the athlete of Bari origin grew up in volleyball in the ranks of Materdomini Castellana; in a few years he took off, collecting with the same club two tri-color successes in the under 15 and under 16 category, and then winning the under 19 and under 21 world title with the blue jersey, even being among the recipients of an individual prize for the excellent performance during the event.

After defending the Taviano shirt in the 2020-2021 season, last season Cianciotta was the protagonist in A-2 with the shirt of the Piedmontese Mondovì team. Now he is ready to have his say with the Leo Shoes Casarano shirt.

These are the first declarations of the new red-blue athlete: “I’m happy to return to the south, in a club like Casarano; a young team is being built but we can give a lot and improve day by day ”.