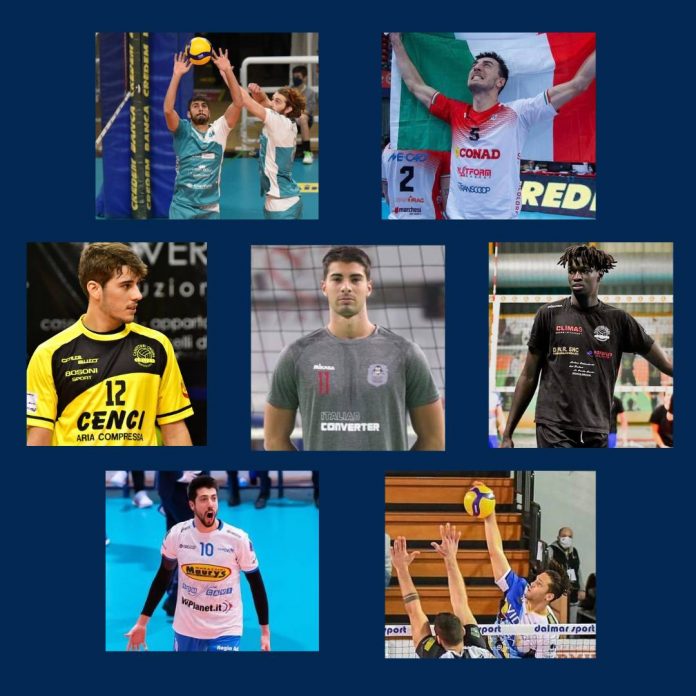 The middle blocker Sesto, fresh from the double championship and the Italian Cup in A2 in Reggio Emilia, the spiker Rossatti, already protagonist in the category, and the Italian-American setter Chakravorti among the main hits of the Gialloblù club
WiMORE Parma formalizes the arrivals of seven new faces who will complete the roster at the starting line of the next Serie A3 Credem Banca championship: the Italian-American setter Dante Chakravorti, born in 1997, who last season played in the ranks of Mondovì and Cantù, the opposite Matteo Beltrami, class of ’97, grew up in the ranks of Energy and returned home after the last experiences of Garlasco and Viadana, the spikers Federico Rossatti, class of ’94, for three years in Tuscania Volley in A3 with a parenthesis in Lausanne in Switzerland, Alex Reyes, born in 2000, born in Cuba but Italian by adoption, who in 2020-21 played in Grottazzolina, the central Nicola Sesto, born in ’87, fresh from the championship double and the Italian Cup in A2 in Reggio Emilia, Bara Fall, class ’97 former column of Canottieri Ongina from where the free Mattia Cereda, class ’97, who also passed through Piacenza, comes from.