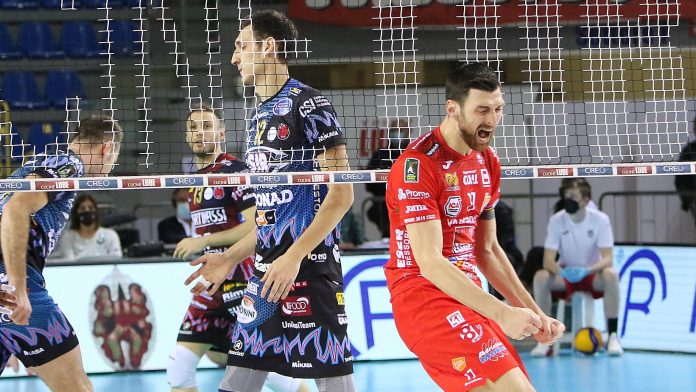 Anzani: “First, I’m taking tons of pictures with my wife. I’m the same person, we have big energy looking forward the birth of my daughter”.

Anzani: “They mad a terrific job by winning the Cup, deserving the win defeating such big teams as Lube, Kazan and Trento. we have the regret of Game 1, where we missed the game, then we were good in Game 2, but losing at Golden Set”.

It was the toughest moment of the season, then you’ve been back on track in Superleague.

Anzani: “We switched head coach between Game 1 and Game 2 of Champions League Quarterfinals, we can considere this the turning point of the season. Anyway the top was last saturday with the win of Superleague”.

You are a winner anyway.

Anzani: “I’v always thought that top moments to me were first Scudetto and World Championships for Clubs. But this last and fresh win was the top. after the stop and the pandemy, we were stronger than everything. I would love to share everything with the fans”.

Fans can be happey you chosen volleyball. Athletic trainer Merazzi said you were a good football player.

Anzani: “Past is past. I was a normal footballer, my path was volleyball. The dream of thousends of kids were to wear the italian jersey. I did it with volleyball”.

Hopes for the future?

Anzani: “Easy one, to hugh back Lube’s fans! Dancing with Predators our jingle after the win!”