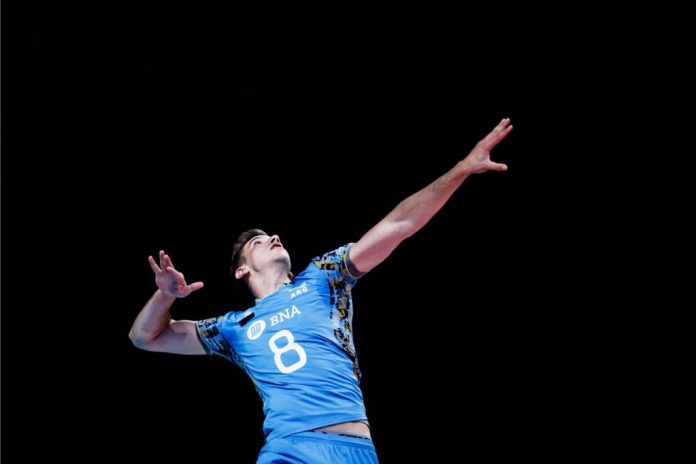 Top transfer for Allianz Powervolley Milan: the Milanese company has in fact completed the acquisition of the sports rights for two years of the Argentine central Agustin Loser, who will therefore be on the roster available to Roberto Piazza. After spending last season with the Tourcoing jersey in the French Ligue A, the Argentine born in 1997 has married the Milan project to carve out a season as a protagonist with the white and blue jersey, raising the technical level of the team even more.

The excellent work of the Powervolley management, led by the president Lucio Fusaro, allowed the arrival, under the Madonnina, of the 25-year-old Argentine, overcoming the competition of other top Italian and foreign teams and therefore next season will make his debut in the Italian Super League championship. Despite his young age, the South American central, however, already boasts considerable experience, and among the various successes with his national team stands out the bronze medal at the Tokyo 2020 Olympics, a competition in which he won the title of Best Blocker of the five-circle tournament. . A great promise of Argentine volleyball, Loser collects successes and medals with the youth national teams, at club level he arrives for the first time in Europe in the 2020/21 season among the ranks of Tourcoing in the French top flight championship.

Very gifted from a physical point of view, Loser knows how to best express his potential on the block and on serve, with a serve capable of putting the opponent’s reception in great difficulty, without forgetting the excellent performances provided in the first half attack. And under the guidance of a coach like Roberto Piazza, Loser will certainly be able to improve what has already been demonstrated, confirming the opinion of the experts that, in a few years, he will become one of the strongest players in his role.