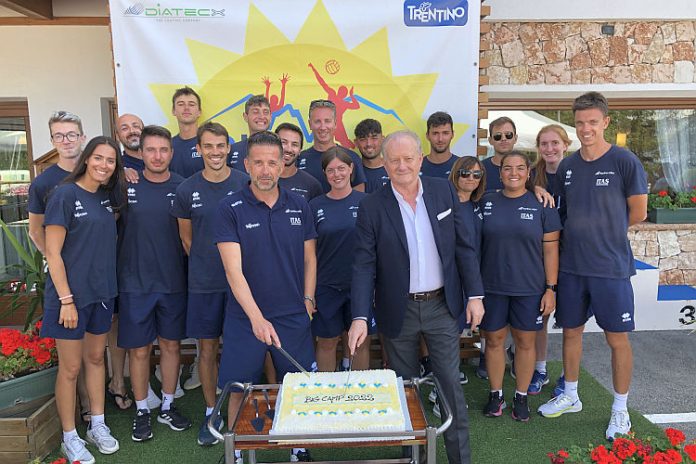 The Trentino Volley BIG Camp 2022 went to the archives this morning, with the end of the sixth and last round. An edition, the fifteenth ever, which will be remembered for the absolute record of registrations; in the forty-two days of the Gialloblù summer camp on Monte Bondone (the Trento Mountain which has hosted this type of initiative since 2007), 914 young participants were in fact, an increase of 200 units compared to the previous year.
All the members (between the ages of eleven and seventeen) alternated on the ten playing fields in sand, grass and tartan, giving life to two hundred and sixteen hours of activity, directed by a very valid staff made up of twenty-three instructors. Also in the summer of 2022, the Trentino Volley BIG Camp proved to be an excellent way for young volleyball fans to spend particularly fun and intense weeks in the open air; not even the very few days marked by bad weather were able to put a stop to the activity, carried out on those occasions exclusively at the Sopramonte gym or in the facilities of the two hotels that hosted the boys, Chalet Caminetto and Chalet Dolomiti.
The added value was also represented by the continuous alternation with Vason of the so-called “BIG Guests”; during the six rounds the prominent personalities who went up in Bondone to meet the boys and tell their volleyball experience at high levels were many: the blues Daniele Lavia and Alessandro Michieletto, the Captain Matey Kaziyski, the Sports Director of the newborn women’s sector Duccio Ripasarti and the President Bruno Da Re, who on Friday afternoon cut the celebratory cake together with all the staff and the one hundred and fifty enrolled in the last round.
The BIG Camp 2022 therefore goes to the archive to the great satisfaction of everyone, but also with many ideas to be developed in view of the summer of 2023. The appointment is set in less than eleven months. 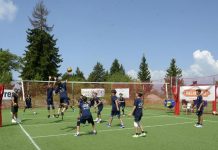 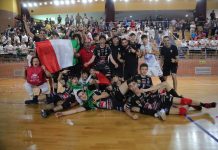 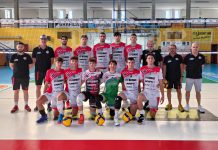