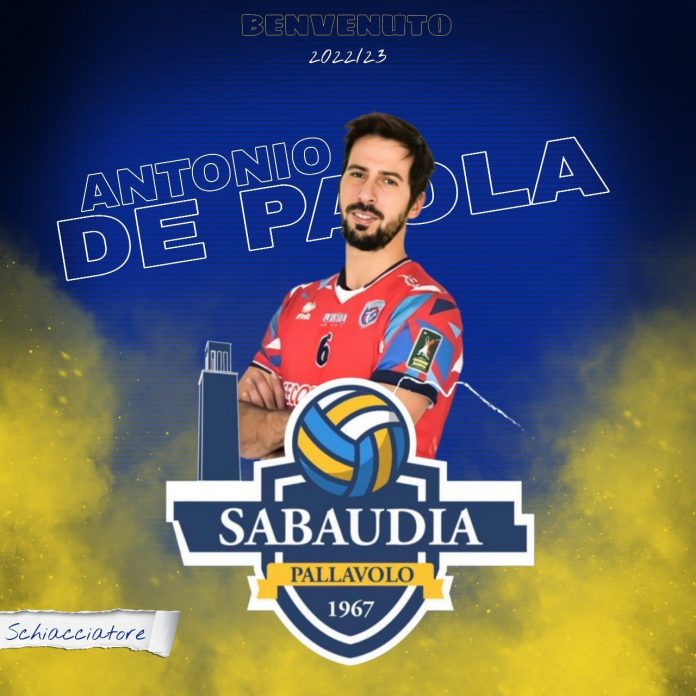 Antonio De Paola will wear the Sabaudia Volleyball shirt next season. The talented spiker from Minturno, who boasts a very high level sporting curriculum, will be one of the reinforcements of the team of coach Marco Saccucci. De Paola, who also boasts a past with Trento in the A1 series, also has in his palmares the victory of a Champions League in 2009, as well as an Italian Super Cup and an Italian Serie A2 Cup.

“I am very pleased to return to a place where I know they love me, they have often looked for me, and where I have already been in the past, I can say that Sabaudia is a serious company, made up of serious people and I hope that all together we can be as competitive as possible – explains Antonio De Paola – at the moment the holidays are ending and soon we will start again with training in the gym, I trained a lot during the summer with beach volleyball which is a great passion of mine: they arrived also good results playing in tandem with my friend Salvatore Rossini and, like every summer, that of beach volleyball is a parenthesis that amuses me a lot but at the same time allows me to always keep fit, this is very important for me ».

De Paola, who arrives from the season in Ortona, boasts a total of four years in the top flight with the Trento shirt, playing with champions of the caliber of Sokolov, Birarelli, Solé, Colaci and Lanza, but also Kaziyski and Vissotto. He also played two championships in Tuscania (A3), one championship in Civita Castellana and before that four consecutive years in the A2 series (Lagonegro, Aversa, Vibo and Ortona) but also Atripalda, Rome, Isernia and Cavriago.

“Another important goal that I have set myself for next season in Sabaudia is to be able to convey to the youngest the right mentality to work well all together – concludes Antonio, nicknamed the ‘executioner of Minturno’ for his remarkable ability to achieve – I know many people, some players including Stefano Schettino, I consider myself a local athlete and I am pleased to play in my territory after a season in Serie A2 in Ortona, I also like the idea of ​​playing near my home in order to always enhance more this territory which at a sporting level is always at a high level ». 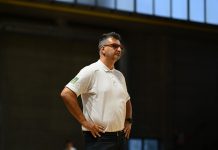