Gianluca Graziosi third act. Or rather, third cycle. The first had led Olimpia to two play-off semifinals in the two-year return to the cadet team (from 2016 to 2018); the second gave Agnelli Tipiesse an Italian Cup and twice the Italian Super Cup (from 2020 to 2022); the third is ready to begin. Indeed, it has already begun. Much more than a red and blue love bond for the Ancona coach, much more than a signature. That the management would have liked to affix already at the dawn of the current season, which the coach – thanks to a unique solidity bond with the environment – preferred to postpone strategically for a few months. Certainties impossible to scratch, such as the clarity of ideas and concepts of a helmsman who, in the shadow of the Orobie, has found a second home and a second skin. 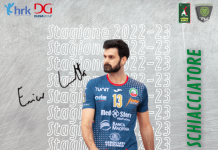 Enrico Lazzaretto back in Motta 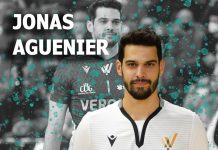 Jonas Aguenier in the middle for Pool Libertas Cantù