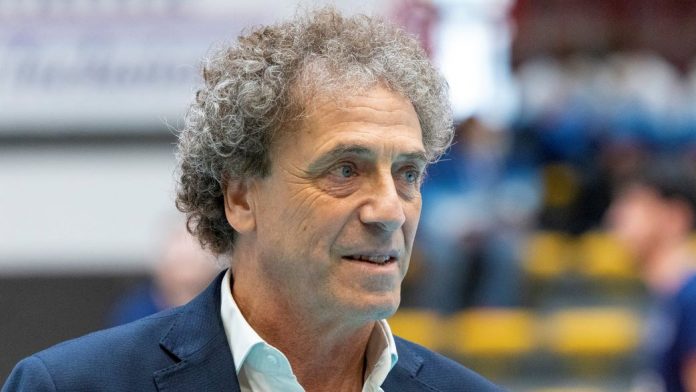 One week after the last announcement and waiting for new reinforcements at Saturnia Volley, Mr. Waldo Kantor from Argentina looks at the team already configured and with which he will play the next Serie A3 Credem Banca championship and says without any doubt: “I am very happy, we are building a balanced roster and very strong in attack, with some bets on the players that I know we will win ”.

For Kantor it begins with the bet Vaskelis who on the other hand will lend the power of his arm in place 4, Casaro who on the other hand in Lecce had put the Sicilians in difficulty in all the games played and who will now be at the service of Saturnia, Jeroncic central young man in full explosion, Fabroni who with his experience will be able to treasure a mix of players already tested and young promises, Tasholli who grew up at the Paduan volleyball school ready to strengthen the team, Disabato with his class, Fichera who will lead the his support in directing. And then the confirmations of last year starting with Zito, a pawn that Kantor considers fundamental for next season: “He gives us security on a psychological and technical level, he knows how to talk to his teammates, he is a good player and above the level of the category. “. And again Frumuselu, who exploded last season and ready to grow, Smiriglia who makes Kantor believe that the fight for the owners in the center will be until the end, Battaglia with his excellent performances Maccarrone who made his debut in A3 at just 17 years old bringing the team to a 3-0.

“We will have to fight to go up – says Kantor without hesitation – if last year I would not have said that we could have reached the end of the playoffs now we all know that last season’s team set a very high bar and we will have to be at the ‘height. After all, the corporate objective is A2 and we will work for that “.

Kantor’s return to Catania is scheduled for August when training will begin, for him the one just passed was certainly a year to be framed and what happened saved even the darkest moments: “In the second round we were the team more successful, we came from a series of defeats from which we could not get out, yet it was at that moment that we had a very strong restart, the team did well and that moment for me is to be remembered with great satisfaction “.