Coach Denora: “Happy to have all the squad already available, we will be able to plan the weeks well”. The program of the first weeks and the test matches

The meeting is scheduled for tomorrow, Thursday 18 August at 5 pm at PalaFrancescucci in Casnate con Bernate. Access will also be allowed to the public who will have to remain in the stands so as not to interfere with the team’s work.

Pool Libertas Cantù, we start with the 2022-23 season. For many it is the first time in Cantù, starting with coach Francesco Denora, for others practically a “homecoming”, see for the spikers Alessandro Preti and Alessandro Galliani, the setter Alessio Alberini and the free Matteo Picchio. A return home for the sporting director, Maurizio Cairoli, who at the end of the nineties had brought the team from Serie B2 to B1 as a coach. Then there are the “new ones”, like the French central operator Jonas Aguenier, who arrived from the Superlega via Verona. He took up a house in the immediate outskirts of Como and has already been able to appreciate the landscape beauties of the area, he who is a great lover of lakes and mountains. Or the bomber Kristian Gamba, the opposite powerful and explosive left-handed. And, again Giuseppe Ottaviani, who in the last eight championships was among the most feared opponents from the Canturino wall. Of course, there are also many confirmations starting from the senators, such as captain Dario Monguzzi, who paws to return to the field after a long stop and Luca Butti, also in the last season affected by an injury, up to the central Federico Mazza, still very young , but they have been singing for six seasons now. To close the roster under the orders of coach Denora and the very confirmed second Alessio “Zingo” Zingoni, as well as all the staff, some of the best young Lombard like the confirmed Giacomo Rota and the new Francesco Gianotti, Federico Compagnoni and Gianluca Rossi. 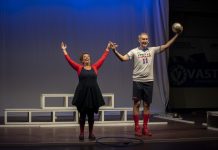 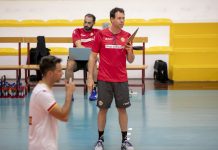 Approaching the start of the championship 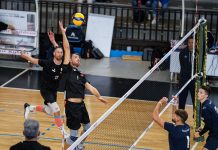 A loss versus Bergamo