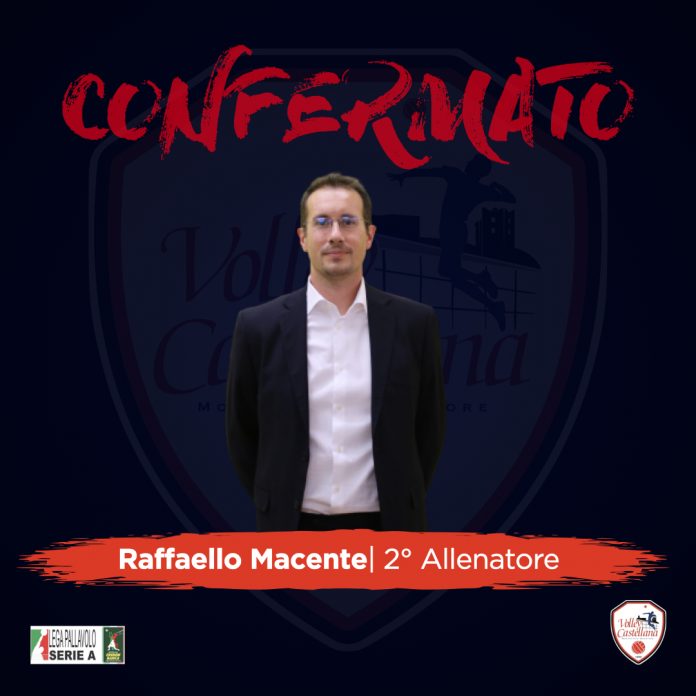 After the coach it is the turn of our coach in second position, also confirmed by Raffaello Macente

An “obligatory” confirmation after the splendid season spent together and for the great competence and professionalism shown by Raffaello in the past season.

Here are the words of our Raffa on the previous season and the desire to work together again:

“Last season was really important for my growth as a coach, I entered on tiptoe and I must say that I found an environment of great seriousness, prepared managers with a desire to do well, equally strong-willed and professional athletes, coaches with all of whom it was easy to get along with.

The confirmation makes me happy and the chance to work another season alongside coach Di Pietro honors me. ”

Some considerations on the new season to face:

“In Serie A, the teams change a lot from one season to the next. It also happened to our training, totally renewed in some departments. I expect the guys to want to work hard. If there is this will and unity of purpose, it will be easier to set goals: at the moment I am unable to say what we can aim for. Of course, I’d like to do better than last season. ”

A message for all our fans:

“I believe that Montecchio is an important square for Venetian volleyball, with a quality nursery because there is a lot of attention to the local kids. Many young people from the nursery then arrive in the first team and really deserve the maximum support from the fans. I’m sure our fans will be very passionate about seeing this team play!

Come numerous and noisy, you will not regret it! “