Final sprint for the first round of the A2 Credem Banca championship. Tomorrow the eleventh day is scheduled, and for Consar Rcm the triptych of matches with a window on the Italian Cup begins, which can be accessed by finishing in the top eight at the halfway point.
Conad Reggio Emilia arrives at the Pala Costa, which has the same points in the standings as Goi and his companions (14) but one less match, that of Vibo Valentia, which will be recovered on December 21st. Reggio is back from the playoffs won at the end of the last championship but also from a painful renunciation of the SuperLega due to lack of a system suitable for the canons of the top championship. A robust renewal was made in the summer, but Reggio still remains one of the most popular teams in the tournament.
“The Coppa Italia is not a goal to be achieved at any cost – clarifies Marco Bonitta, Consar Rcm coach – in the sense that if we achieve it we will be happy but if we fail it it would not change anything in our path. What interests me most is that this against Reggio is the first of three games in which we can think of scoring points and we want to take advantage of this opportunity”. 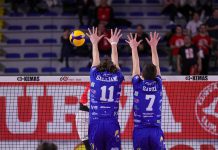 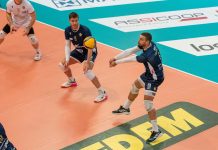 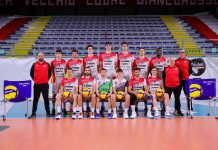