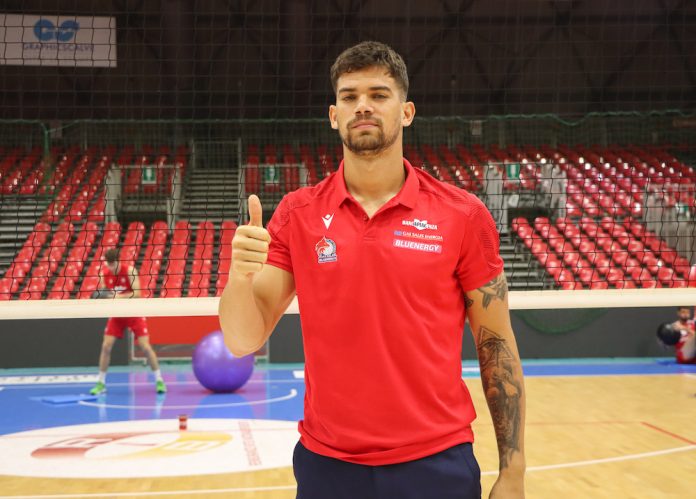 The Cuban middle blocker Roamy Raul Alonso Arce has landed in Italy and has entered the PalabancaSport to collect the technical material and meet some of his new teammates.

After medical examinations, the player, born in 1997, will initially carry out a differentiated job to better recover from the knee problem that prevented him from participating with his national team at the World Cup currently taking place between Poland and Slovenia.

Roamy Alonso is in his second experience in Italy, in the 2019-2020 season he played in Ravenna and in the following season he moved to France, in Ligue A, at Chaumont coached by the Italian Silvano Prandi where he played for two years and with whom he won a French Super Cup and a French Cup.

“I am very happy to be back to play in the Italian league – these are the first words from the white and red of the Cuban center – and even happier to be in a club with great ambitions and goals. There is certainly no shortage of champions here, I am proud to be able to train with them and very ready to give all my contribution to help the team achieve its goals “.

In 2018 he won the bronze medal at the Pan-American Cup and was awarded as the best central, the following year in the same tournament he won the gold medal also repeating the individual recognition. A few weeks ago with the Cuban national team he won the Challenger Cup in Korea and two Pan American championships.

His militancy was also long in the Cuban youth selections, playing with the Under 21 and Under 23 national teams he won several medals and personal awards.

Meanwhile, the red and white have started the third week of preparation, a lot of athletic work, of individual technique and in the weight room.