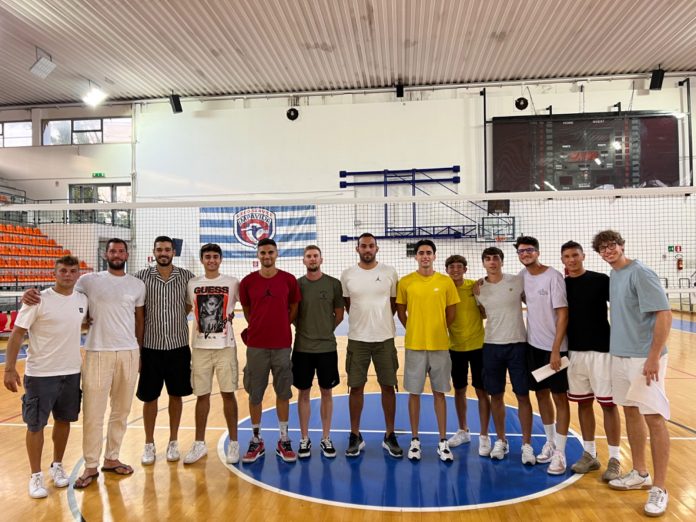 Press and fans embraced the 2022/2023 Sieco Service Impavida Ortona. The player who is the symbol of this volleyball market is absent. Lionel Marshall has in fact only recently obtained the clearance from the Cuban authorities and is expected in Ortona already over the weekend.

At 18.00 old and new protagonists of the next season began to crowd the space in front of the Palasport in a coming and going of fans, onlookers and journalists began to interact with the players between hugs and handshakes.

After the interviews and the customary greetings, players, fans and journalists moved to the first floor of the Palasport Ortonese where the headquarters of Sieco Impavida Ortona are located. Here the players also got to know the coaching staff and teammates better. On the occasion, the new technical staff of the athletic trainers was then officially presented to the press: Paolo Cieri, Marco Maselli and Cosimo Mongelli. The rest of the staff confirmed.

President Tommaso Lanci: «We are still feeling the blow we took last season. We were convinced that we had set up a competitive team and in fact a lot was in the second round. However, in the key moments of the championship we did not withstand the pressure and we failed. There is no specific person responsible for this debacle. It was a general demerit. I do not want and we must not blame anyone for relegation. We need to think about working our best to return to Serie A2 as soon as possible. We have set up a competitive team, seasoned by young and prospective guys. Ready to leave with a lot of expectations. Having signed an international player speaks volumes about how ambitious our goals are. ”

Rocco Tenaglia, Vice President: “This year we play to win. Last year we were in the race for salvation but this year it’s quite the opposite “. 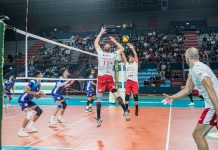 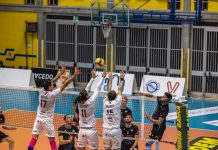 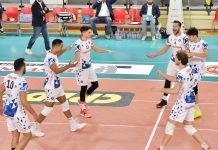