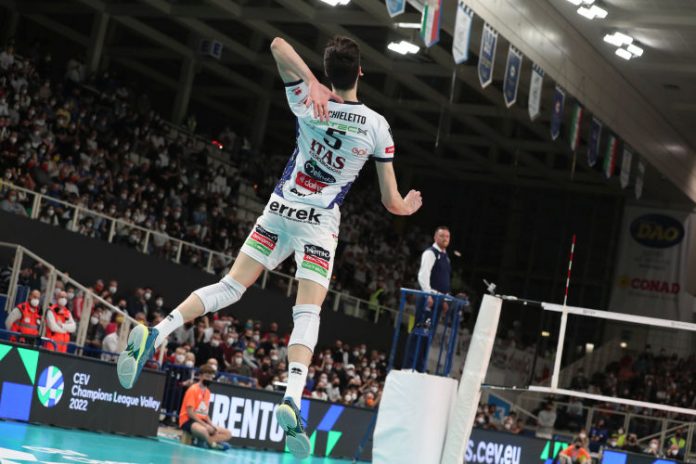 The 2022 CEV Champions League final will be played on Sunday 22 May at the Arena Stozice in Ljubljana. In the match that assigns the annual title of European Club Champion, Trentino Itas will face the Polish champions of Grupa Azoty Kedzierzyn-Kozle, as already happened in the 2021 edition. Kick-off scheduled for 9 pm; live on RAI 2, Radio Dolomiti, discovery +, Eurosport 2, DAZN, TimVision, Amazon Video Channel.
After twenty-four days of waiting, the yellow-blue team is preparing to return to the pitch for the last game of the 2021/22 season, the most important. Kaziyski and his teammates arrived in Slovenia already on Friday afternoon, at the end of three whole weeks of training, without official matches, in which the coaching staff offered the players a considerable volume of activities to get to the appointment in the best possible way both from the point from a technical and physical point of view.