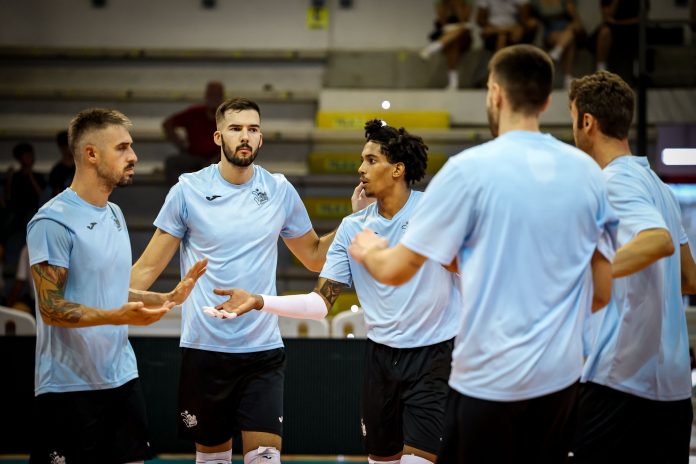 New pawn for the squad of the Top Volley Cisterna that scores a new market hit. Josè Miguel Gutièrrez is a new white blue player. The young Cuban spiker, born in 2001, has just returned from participating in the World Cup with his national team, underway in Poland and Slovenia, who finished in the round of 16 after the defeat against Italy. The Cuban hammer, who landed in Fiumicino on Monday evening, immediately joined the group, already showing off during the joint training session on Wednesday evening against Tuscania. Gutièrrez arrives in Cisterna after spending two seasons in France where last year he wore the jersey of Chaumont Volley-Ball 52 and in the 2020/2021 season with Stade Poitevin Poitier. 194 centimeters tall and weighing 80 kilos, Gutierrez attacks at 3.5 meters and defends at 3.35. Certainly another lethal cartridge in the Top Volley squad available to coach Fabio Soli. Agile and powerful, Gutierrez’s extra weapon is certainly the speed in dunk in attacking the ball with power, a decisive element in sending the opponents’ block into confusion.

Josè Miguel Gutièrrez (Top Volley Cisterna): “I am very proud to be here. Cisterna is my new home. Top Volley is a new experience for an exciting challenge, it’s my first year in Italy. All volleyball players dream of playing in the best league in the world. For me it is important to measure my skills as an athlete and do well, but above all to win points to the delight of the fans and to thank the club for choosing me ”.

Meanwhile, the preparation march for the next Super League championship continues. Saturday 10 September at 4.30 pm, the Cave Del Sole Lagonegro, a team that plays in the Serie A2 championship, arrives at the Palasport in via delle province. New joint training after the 4-0 win against Tuscania. Coach Soli will be able to return to experience the tactical aspects of the team on the field, after a month of physical work aimed at strengthening the athletes. Saturday afternoon, Baranowicz and his teammates will try to improve the team feeling against the sextet proposed by coach Barbiero.