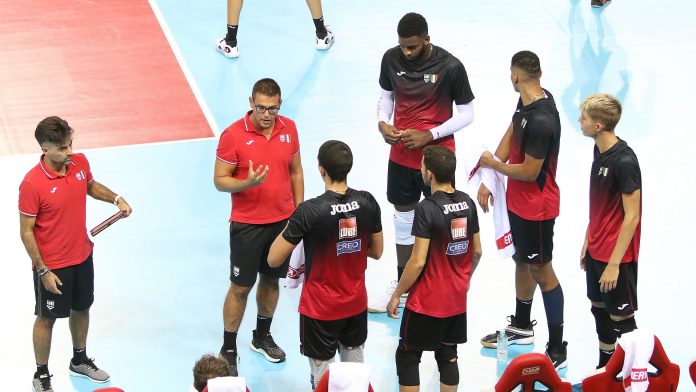 In the afternoon, Cucine Lube Civitanova supported the first joint training session of its preseason at the Eurosuole Forum. Coach Chicco Blengini’s men faced open doors with Videx Yuasa Grottazzolina, newly promoted in A2 Credem Banca, who won the A3 Play Offs and posted the Del Monte® Supercoppa 2021/22 category.

In the 5pm test, the staff probed the form of the Italian champions, still in full load and inevitably a bit packed, albeit strong-willed. The red and white have lost the first two sets to the advantages and then dominate the third and touch a monstrous comeback in the fourth, then escaped in the final.

Immediately a set and a half for Marlon Yant, in a group since yesterday, only in the stands, however, Isac Viana Santos. First games in red and white for Francesco D’Amico and Mattia Gottardo. In addition to Daniele Sottile, Ivan Zaytsev, Enrico Diamantini, Garcia Fernandez and the very young people of the Academy, Francesco Giacomini (2005) and Michele Menchi (2004), the former Lube’s captain Osmany Juantorena was also present, reinforcement during the preparation waiting for his adventure in China. On the bench two young Bulgarian talents struggling with an internship in red and white, the spiker Alexandar Kandev and the setter Simeon Nikolov, the latter brother of the spiker Alex.

Starting six white and red with Sottile on the dribble for the opposite Zaytsev, Central Diamantini and Menchi, Garcia and Yant on the sides, D’Amico free.

In the first set, won by Videx at the photo finish, Lube canceled three set balls to the team of coach Massimiliano Ortenzi before yielding 24-26.

In the second part the same sextet for Lube, with the subsequent graft of Gottardo and change of role for Zaytsev and Garcia. In the arch of the entrance set by Giacomini for Menchi. The hosts waste a set ball (24-23) and slip into the final (24-26).

The third set sees Lube deployed as in the second act final, but with a better attitude. Blengini’s sextet dominates all phases of the game (25-14).

In the fourth part the inertia is for Videx, which starts in a rocket and passes 25 to 22 despite a very good reaction from Civitanova in the final phase.