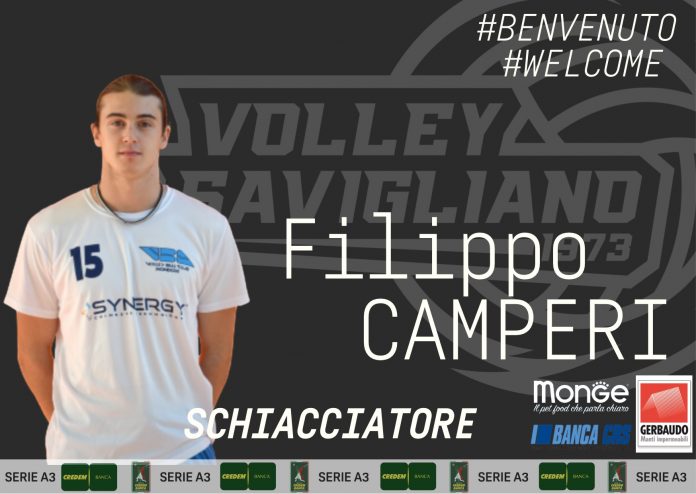 Still news for Volley Savigliano 22/23. The young man, born in 2003, Filippo Camperi arrives to reinforce the spikers department.
Monregalese, he starts playing in the youth team of the city but is soon noticed by the coaches of the first team and, thus, in the last three seasons he plays in the A2 series. Really satisfied with these years that have made him grow and improve especially in reception thus becoming a valid change both as a hitter and as an opposite. A bit of regret for having ended the story with Mondovì with the relegation a few months ago.
He hopes to redeem last year’s final in Savigliano, where he wants to find his space and make his contribution to the new team. He is ready to work hard for the Savigliano cause.
The greatest success that Filippo tells us was military for years in Serie A2, being able to compare himself with highly rated teams (he obviously mentions Reggio Emilia, which won the Italian Championship and the Italian Cup in the 21/22 season). For him the difficult moments are defeats, he hates to lose .. We like fighters, we need them!
He does not have a particular dream in the drawer, he wants to try not to regret the choices made, he wants to try to have a satisfying career.
Off the pitch he will continue his studies but not yet made his choice. Volley Savigliano, on the other hand, is satisfied with having been his choice and is waiting for him at the starting line