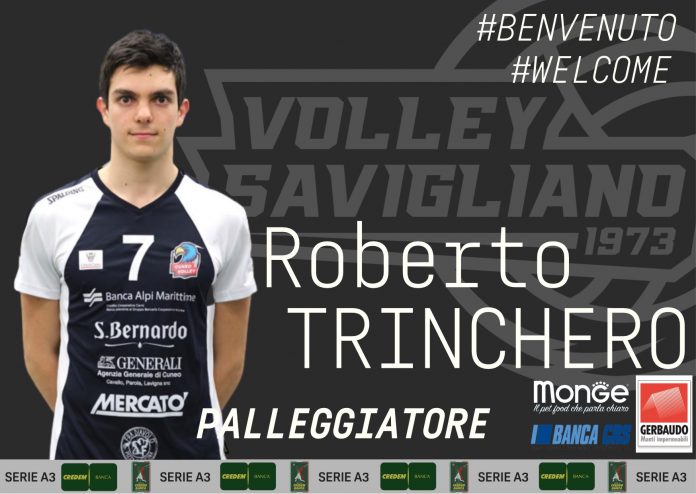 Another new entry as a setter for Volley Savigliano 22/23. The focus is on the young setter, born in 2003, Roberto Trinchero.
Roberto took his first steps in the Alba Volleyball, where he started when he was in third grade and where he played until 2019. In that year he moved to Volleyball Cuneo where he played from the Under 16 up to the Serie C last season (with some presence in A2).
The greatest success he tells us (for the moment at least, given his young age) is linked to Cuneo with whom he won the Under 16 championship in 2019.
Next year for him will be a nice comparison with an important category, he hopes to grow further, he wants to learn as much as possible from the more experienced teammates and from the new coach he will work with (he already knows Simeon with whom he worked in the Regional Selection).
Off the pitch he will go to Engineering at the Polytechnic of Turin and he wants to do well there too! Young, with clear ideas and with hands that “sing”! Savigliano can’t wait to see him at work ..