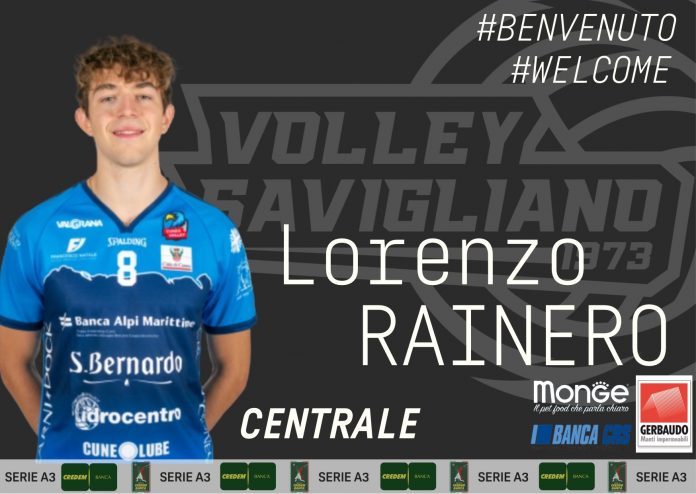 The centimeters for the Volley Savigliano 22/23 increase. The 2002 class Lorenzo Rainero is arriving from Cuneo.
Lorenzo takes his first steps in volleyball in Cavallermaggiore where he plays up to the Under 14, plays a year of Under 16 in Savigliano and then moves to Cuneo with which he ends the youth championships. Last year he was called in the A2 series.
For Lorenzo the greatest success at the youth level was winning the bronze in the Under 16 national championships with Cuneo. Unforgettable was making his debut in the A2 series as a starter and also reaching the final of the Coppa Italia last year, played at home in front of a finally packed arena.
He tells us about two difficult moments in his career: the defeat at last year’s inter-regional final (last year in the youth team) which would have brought him back to the national championships and a long stop a few seasons ago due to a back injury.
From the new year in Savigliano Lorenzo expects a good championship, he is anxious to start working with the new coach trying to improve even more; the team is competitive and knows they will want to do well.
He does not have a real dream in the drawer, he wants to continue working in the gym to improve himself and always compete with stronger athletes and maybe move up in the category. Off the field he is already the second year working on the family farm. We are sure that the hard work in the gym will not bother him and that in the center he will not give up even an inch to defend the Saviglianese field.