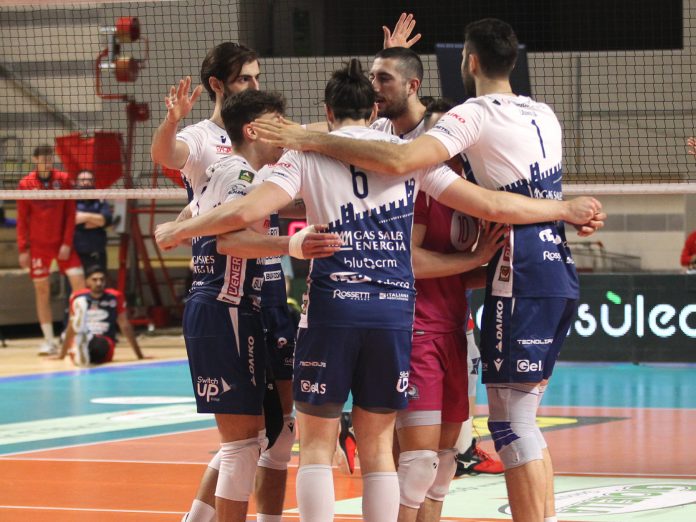 Gas Sales Bluenergy Piacenza will play the next CEV Cup. The victory of the 5th Place Play Off obtained by the team coached by Lorenzo Bernardi just over a month ago, will certainly result in participation in a European cup, but not in the Challenge Cup 2022 as initially. expected, but rather at the CEV Cup, thanks to the repechage announced by the European Volleyball Confederation.

The red and white club had expressed its consent to this eventuality during the registration phase, and so it happened: Brizard and his teammates will therefore play the second European competition instead of the third.

Group draws for all three European competitions will take place on Tuesday 28 June in Luxembourg at 12.00. Below is the current situation of the SuperLega Credem Banca clubs involved in the 2022/23 European Cups.

CEV Challenge CUP 2022/23
WEVZA could be giving away a place in the 2022/23 Challenge Cup.
A SuperLega Club will participate in the tournament

Three SuperLega teams have requested to participate in the WEVZA Cup 2022/23: only one of Allianz Milano, Vero Volley Monza and Top Volley Cisterna will be able to take part in the club tournament, the winner of which will qualify for the CEV Challenge Cup 2022 / 23.

The Western European Volleyball Zonal Association, a support institution for CEV and FIVB made up of the federations of Belgium, Germany, Italy, Portugal, Spain, Switzerland and the Netherlands, will organize in agreement with CEV a tournament that will allow them to qualify for the third European competition, and will be there is a club for each state from the association. 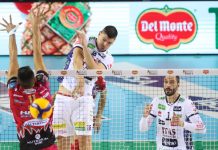 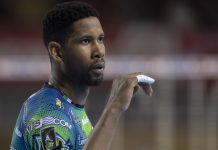 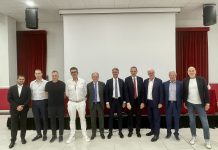