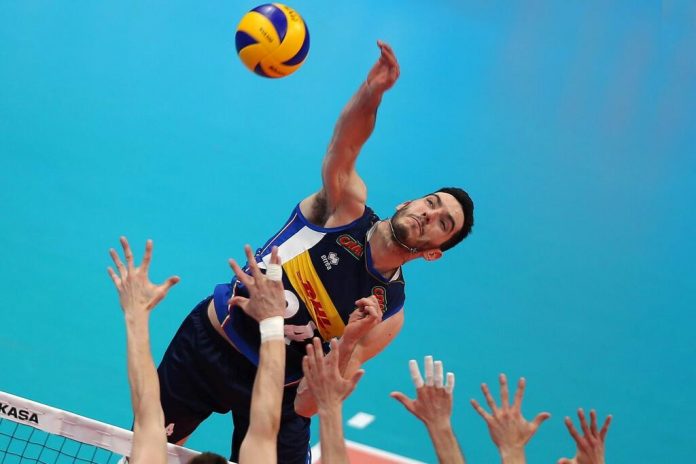 Giulio Pinali is in Istanbul, in the airport that will bring him back from the Philippines together with the other Azzurri to Italy at the end of the second week of VNL. The victories against Germany, Slovenia and China propelled the national team to third place in the provisional standings with six wins and nineteen points. And in the last match, against China, Giulio scored 15 points, 2 of which were aces.

In the next few days, the group will be decided to leave Rome for Gdansk, Poland, from 5 to 10 July.

In the meantime the team will continue to train in view of the commitments.

But let’s go back to the stopover in Istanbul while waiting for the flight to Rome. The arrival of Pinali in Siena had been in the air for a few days. The newspapers and social media had anticipated the moves of the biancoblu club which in the meantime had added some very valid arrows to the bow of its SuperLega: first Van Garderen, then Petric, Raffaelli, three excellent names in addition to the already announced Pereyra, Finoli and Rossi. Finally the announcement: the opposite Giulio Pinali will wear the white and blue shirt.

“The possibility of Siena has been revealed in recent weeks, – the first statement of Pinali we collect while he is at the airport waiting for the flight to Rome – as soon as they asked me if I wanted to be part of this group I said yes because I it seemed like the best opportunity to take. ”

Pinali is a former Modena who, recognizing the talent and character of the Bolognese opposite, raised him for four seasons in the SuperLega before leaving him to the experiences of the last two years with Ravenna and Trento always in the top flight. The love for this sport was born when Giulio was little and it is a passion shared in the family by his twin sister Greta and his brother Roberto, who are also volleyball players.

“When we were little our mother directed us, as you do with many children, to do many and more sports to test ourselves, but it is on volleyball that we stopped. The three of us started together in the mixed minivolley. We were good, and we continued until it became our full-time passion, our job. ”

A full-time job because since the end of last season with Trento there was very little time for the holidays, considering the upcoming commitments with Fefè De Giorgi and the national team. Despite the short time “I am a person who loves to get informed – talking about himself – and keep up to date on what is happening, I like to read and discover new things. I’m curious “.