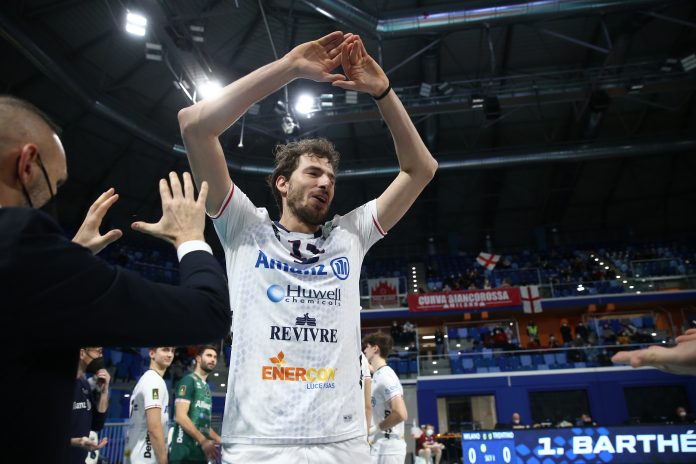 The first words of captain Matteo Piano after the signing of the two-year agreement that will link the Asti native to Allianz Powervolley for the next two seasons. A confirmation of continuity and important quality for the club and for coach Piazza’s chessboard.

Matteo Piano, captain of Allianz Powervolley Milano also for next season .. I remember the beginning of last season, your tapestry metaphor on what your path would have been. In light of what you have achieved, how do you imagine this tapestry now?

I imagine a tapestry that has changed in the course of construction. I think we started weaving our tapestry the first few months, then we had a moment when we asked ourselves a few questions, we got together and maybe we pulled off some initial threads and then went to reweave in 2022 in an important way, when we added important colors that Milan has never seen, especially in the central part of our season: for example the Final Four, but I also think fifth place in the regular season which was a placement that we had not yet reached in recent years.

We can define you as a welcoming captain, that sense of aggregation that has always emerged on the Milan rosters, thanks to the hard core of which you are certainly the main spokesperson. Do you feel that your role has evolved over the years and that, indeed, it still has room for evolution?

I hope to be a welcoming captain, I try. I think I’m a welcoming person, I also believe that every now and then, being an emotional and sensitive guy, I have a nice temperament; all this as a whole makes me experience people in an authentic and direct way.