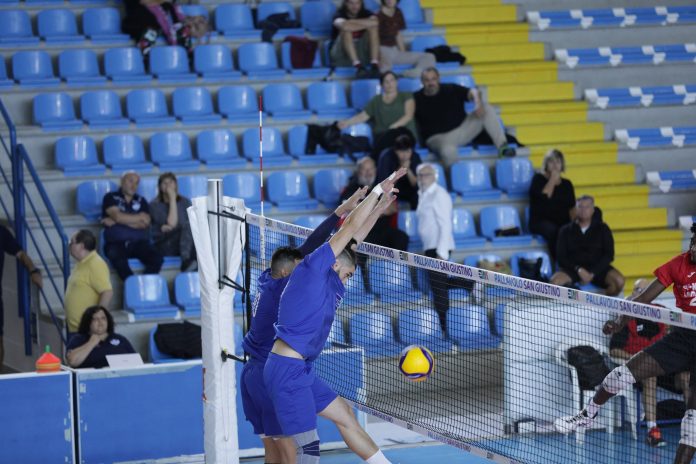 Another test match for the boys of ErmGroup Volleyball San Giustino who will host Maury’s Com Cavi Tuscania tomorrow at the Palasport in via Anconetana.

At 18:00 the athletes will compete in joint training, to better prepare for the upcoming season debut. Tuscania is a well-equipped team, aiming for the play-off phase; it will not be a direct opponent of the blue-and-whites in the Serie A3 Credem Banca championship because it is assigned to the Blue group, but certainly “this appointment is an important testing ground – said Goran Maric – given the size of their staff. it will certainly have to be to take a few more steps compared to last Saturday’s tournament. The boys returning from the triangular match against Santa Croce and Pineto feel the tiredness of the previous weeks- comments Coach Bartolini- “This is an unloading phase and despite the fatigue the guys are looser. I asked the boys to have more patience, to play more with the block and not to look for definitive shots, giving continuity to the actions, lengthening them. We are ready, I have the whole roster at my disposal having also recovered Sorrenti, and we will certainly do a very intense training “.