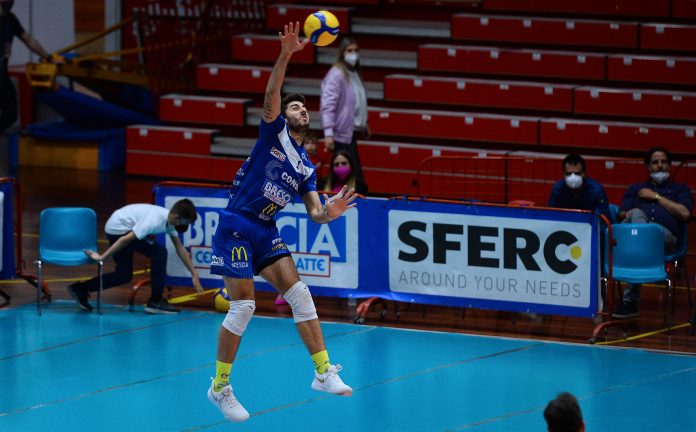 The hiring of the hitter Tiziano Mazzone, who marries Aurispa Libellula after the double experience in the last season with Siena first and then with Brescia (on loan in the second part of the Serie A2 championship) is official.

The sporting director Antonio Scarascia is a real coup, who manages to find an agreement to bring a player of absolute value to Salento, with an enviable palmarès and a past between the top flight and the A2.

Mazzone, a Roman spiker born in 1995, 199 centimeters tall, made his debut in the Ursa Major Roma youth teams, before winning his first team titles with Itas Trento, where he won the Junior League and the Under 19 Scudetto. first team dates back to 2013, but the following year he made his debut in the Club World Cup, before setting foot on the taraflex also in Superlega. With the Trentino team he won the Scudetto in 2015 and the same year, with the National team, he wore the bronze medal of the Under 23 World Cup around his neck.

After four years with Trento, he moved to Ravenna again in the Super League and reached the Challenge Cup, before suffering an injury that kept him off the pitch for several months, returning only at the end of the 2018/19 season with the Cuneo shirt in A2. In 2019 he moved to Lagonegro, also in A2, where he plays from four places for two years. Last year, finally, the double experience with Emma Villas Siena in the opening of the championship and with Brescia (on loan) in the second part, before marrying the Aurispa Libellula cause, strengthening the attack of the Salento team.