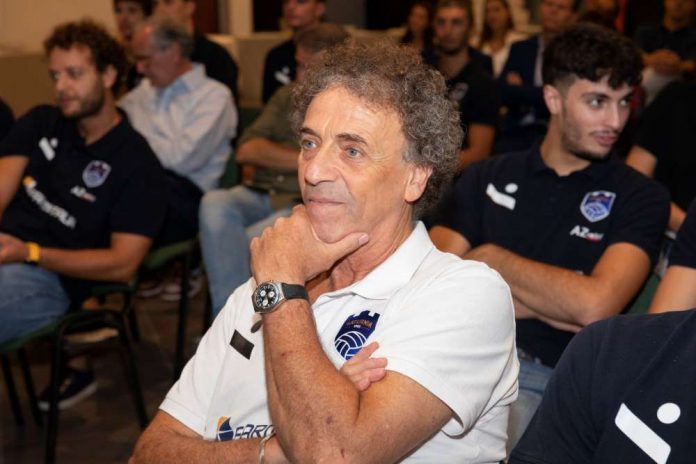 Just over two weeks and, on 9 October next, the first round of the Serie A3 Credem Banca Championship will sound for Farmitalia Saturnia. A start to the season that will be a derby, against Avimecc Modica, the other Sicilian Serie A3 team that Fabroni and his teammates, in recent weeks, have already had the opportunity to meet in two joint training sessions, the last last Wednesday.

The sessions in the gym and the ball sessions in Ficarazzi and PalaCatania marked the rhythm of these weeks of preparation, together with the joint training sessions, which allowed the 13 biancoblu players to begin to enter into a perspective of volleyball played together. For Waldo Kantor these events were the litmus test of a path that is proceeding in the right direction.

“Against Modica, Palmi and Tonno Callipo, the team has always shown constant growth, playing at their best on every occasion. The players have amalgamated with each other, they learned to know each other and to trust each other “. For the owner of the bench of Farmitalia Saturnia, the four joint training sessions played so far have allowed the level of play to rise. The next one, on Wednesday 28 September in Cinquefrondi, against Palmi will be a decisive match: “It will be a good performance, because Palmi is also structured for the top of the standings”.

Next week the roster will continue with training and then in the following week the unloading program will begin on the physical level, to concentrate the ranks on the tactical preparation of the first game, where nothing can be left to chance.