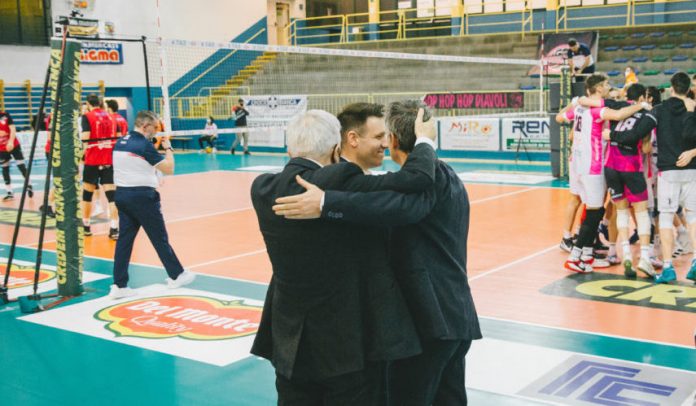 Rosanero bench confirmed: the technical guide of Brugherio’s first team remains firm in the hands of coach Danilo Durand, flanked by his right arm on the bench Moreno Traviglia, assistant coach, while the face behind the numbers and statistics is represented by Marco Donnarumma, scoutman of the renewed Gamma Chimica Brugherio.

Piazza Massimo will also appear in the limited technical staff, the former captain of the Chemical Range Brugherio returns to be part of the team this time, however, in the role of coach together with Durand and Traviglia.

The task of team manager still belongs to Flavio Spreafico, a historic manager who fully embodies the values ​​and vision of the Pink Devils.

An important novelty is instead represented by the athletic trainer, a role that from this season will be held by Andrea Delvecchio, his first experience in Serie A but not in the world of volleyball, who will be joined by Marco Mantegazza, physiotherapist, and Alessio Genovese, osteopath. From news to confirmations. In the role of masseur we find Mirko Vimercati, sixth year in company for him.

Everything is ready to kick off the 2022/23 season of the Diavoli Rosa. For the players and staff of the Brugherio, the return to the gym will be tomorrow, Monday 22 August, with the first training session.