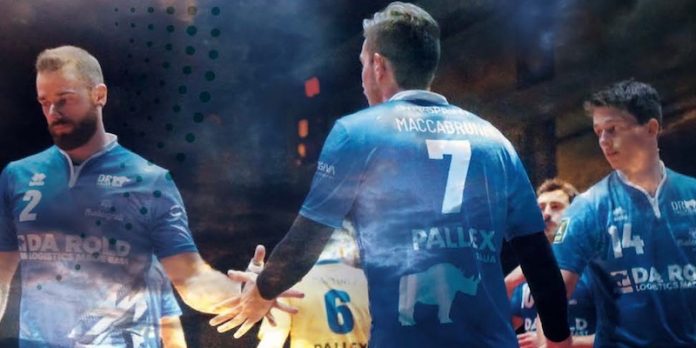 Da Rold Logistics Belluno introduces itself to the city and, in general, to the territory. He will do it tomorrow evening (Wednesday 14 September, 7 pm): at the Giovanni XXIII Diocesan Center in Piazza Piloni, the curtain will rise on all, but precisely all the teams that will enrich the season under the net.

The season started in the good way. And with an unforgettable calling card: last Friday’s friendly confrontation with the European vice champions of Itas Trentino, which attracted about 700 spectators to the Spes Arena. An extraordinary response from an audience that combines competence with a deep passion and rampant enthusiasm. And the world title won by the Italian national team in Poland cannot help fueling this “volley-mania”. A title destined to benefit the entire Italian volleyball movement and, why not, to increase the number of members for the sport of dribbles and dunks. Maybe even in the shadow of the Dolomites.

The presentation is entrusted to a professional such as Nicolò Dalla Gasperina, who will introduce the institutional greetings of the Province and the capital city, as well as those of the great architect of the DRL project: the president Sandro Da Rold.

During the evening, all the members of the technical, managerial and club staff will be unveiled. And special attention will be dedicated to the youth sector, which has passed entirely under the management of Da Rold Logistics Belluno. The grand finale, on the other hand, can only be aimed at the protagonists of the next Serie A3 Credem Banca championship: from the newcomers Novello, Saibene, Guastamacchia and Stufano, passing through the young Guolla and Galliani (promoted on a permanent basis to the first team), up to captain Alex Paganin and deputy Giovanni Candeago, director Maccabruni, talented Graziani, free Martinez and all the others.