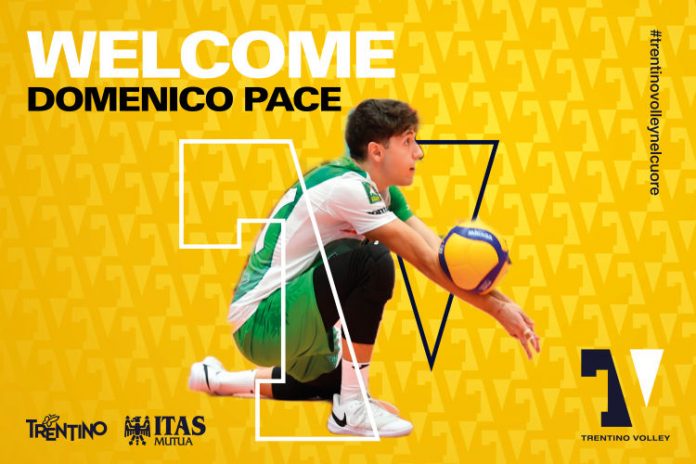 The 2022/23 roster of SuperLega’s Itas Trentino will be able to count on both a pair of liberos, who grew up in the renowned volleyball school that responds to the name of Castellana Grotte. In fact, Domenico Pace from Puglia (twenty-two in August) will be the alternative to Gabriele Laurenzano in the role of second line specialist; Trentino Volley chose him, making him sign a two-year contract, after having carefully followed not only the last excellent season in Serie A2 in Santa Croce but also in the previous ones, played with Castellana Grotte between A1 and A2 and then with Tuscania in A3 series.
He is a technical athlete and particularly well set up in the pivotal tournament of the reception, as well as the stats of his last year; in the last championship he was the third in reception by average of the regular season, the second if we also take into account the performances shown during the Play Offs, with 32% of perfect balls. He is back in SuperLega after four years from his previous experience; between 2017 and 2019 he had in fact trod the fields of the most beautiful tournament in the world, always with the jersey of Castellana Grotte, at a very young age, detaching 26 attendance tokens.
“It is a great personal emotion to be able to find the SuperLega and do it for one of the best clubs in the world like Trentino Volley – Pace released -; I had a hard time believing it when I received the call from the Gialloblù managers, but I am very happy for what I will experience starting in August. Since I was a child I dreamed of having such an opportunity and now I will try to make the most of it, making available my qualities but also my desire to grow. Here I can make a significant leap in quality and demonstrate to myself that I can handle this level, which I believe is extremely high “. 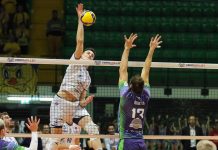