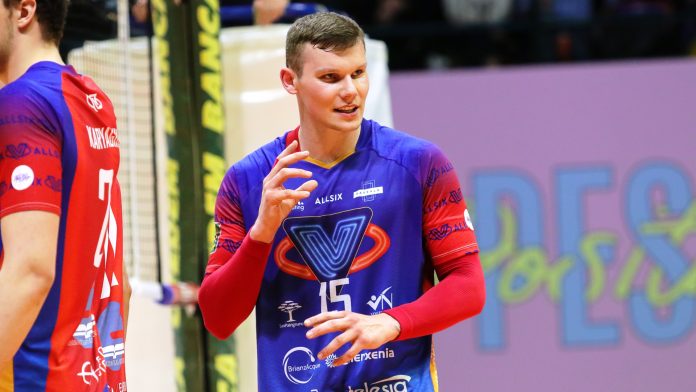 Vlad Davyskiba will be a Vero Volley Monza player also in the 2022-2023 season. MVP of the CEV Cup 2022, a competition that the rossoblùs won for the first time in their history in the Final against the French team of Tours, number 15, class ’01, will continue to be one of the points of reference for the first men’s team of the Consorzio Vero Volleyball in the highest national volleyball championship, the SuperLega Credem Banca.

Davyskiba’s numbers in the season just ended are extraordinary. In 43 appearances, including the Championship, Play-Off Scudetto, Play-Off 5th place, Del Monte® Coppa Italia, Del Monte ® Supercoppa and CEV Cup, and 149 sets played, the talented Belarusian band scored 514 points (third best team scorer), 47.6% in attack, 57 aces and 67 blocks (of which 49 in the league where he closed as the best block of his season of the season). The band of Vero Volley Monza, in addition to having received the award for best player in the European competition, has also twice won the MVP nomination in the championship (Cisterna vs Monza, seventh first leg, Monza vs Taranto, fifth day Play-Off 5 Place).