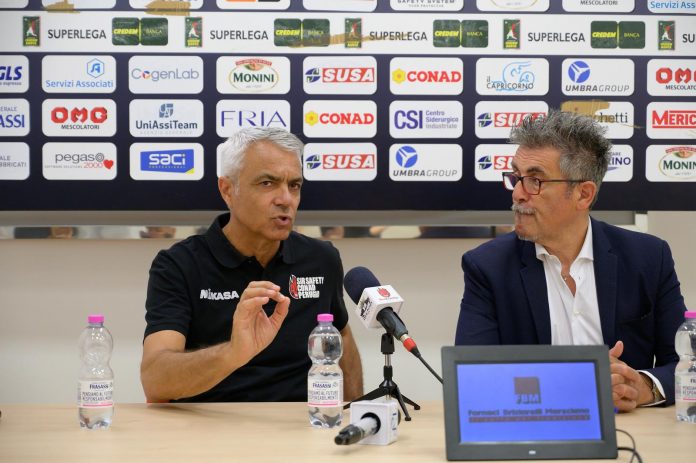 Sis Safety Susa Perugioa will start the training with four players from the first team,  Colaci, Solè, Rychlicki and Mengozzi.
Obviously there will be, and he can’t wait, the new coach of the Block Devils. Andrea Anastasi:
“Physical preparation, concentrated in the morning, with weights and swimming pool and not a lot of ball in the first week, from the second a bit of beach to start jumping and developing the fundamentals. All with great tranquility “.
This is the menu prepared by Anastasi who then deepens a bit.
“The first part of the work, let’s say at least the first month, will obviously be very focused on physical preparation and individual technique. I am very calm because there is plenty of time before the start of the season. I am also very happy because, in this first phase, I will have the opportunity to work and get to know the staff, to get to know the club, the guys who will be there and the environment. It will certainly be an objectively complicated first month because we will be able to work with a very small number of athletes, we will recover the others along the way at the end of the World Championship knowing that they will also need a little rest. But at the same time it will be a very important first month in which we will have the goal of getting the four guys who will be there from the beginning in shape, a small work group within which, however, there are certainly very important players for the game. our team.
Of course, for a new coach not having the group available is certainly not an easy aspect in setting up the work.
“It is clear, setting up the preparation for the season with all these athletes absent is not easy, but in volleyball, especially in high-level teams, it is like this and I take it with a lot of philosophy. The complicated aspect concerns above all the development of the game and the situations on the pitch according to my ideas and my volleyball philosophy under the technical-tactical aspect. Issues that we will only be able to explore in the last two weeks of preparation and therefore close to the start of the season. As always, it will take a little patience, but our first goal is the Super Cup at the end of October where we want to finish in the best conditions. ”
All ready to go then. Waiting for the national teams involved in the World Cup.
“As for the guys who will play the World Cup, for me as a coach it would be nice if they all came back with a good result, but obviously this won’t be possible for everyone. The important thing is that they all return healthy and energized for next season ”. 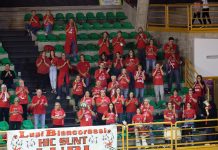 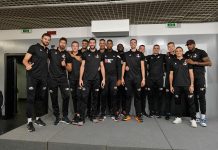