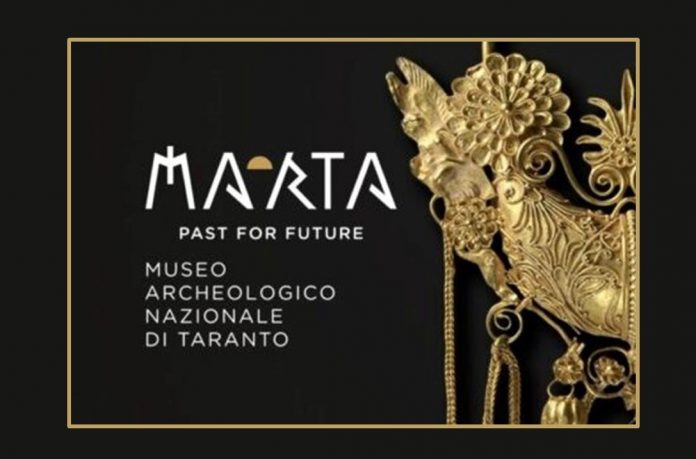 Gioiella Prisma Volley accepts the invitation of the Municipality of Taranto, in particular of the Councilor for Sport Gianni Azzaro for a special welcome to the team in the city of Taranto and plans a visit by the whole team tomorrow at 11.30 to the MarTa Archaeological Museum which houses the famous tomb of an athlete who died at the time of the Persian wars (5th century BC). To welcome the team will be the director of the MArTa Eva Degl’Innocenti, who immediately embraced the initiative of the councilor Azzaro, opening the doors of the museum to sportsmen from all over Italy.

Between the end of the sixth and the beginning of the fifth century BC, in the necropolis of Taranto there are several tombs that contain objects related to athletic practice, considered an essential component of the educational system and lifestyle of young aristocrats. The most famous of them, belonging to a real athlete who died at the time of the Persian wars (about 490-480 BC), was found in 1959 in via Genova, outside the ancient town and along one of the roads that placed him in connection with the territory.

The tomb structure consisted of a large chest made of blocks of local stone, inside which was kept a sarcophagus, decorated on the chest that contained the skeleton of a young man of just over 30 years, about 1.70 meters high and with powerful muscles.

The kit consisted of a few objects evocative of the role played by the deceased: an alabaster container, used to contain the oil with which the athletes sprinkled their bodies, inside the sarcophagus and four panathenaic black-figure amphorae.

The visit by the Ionic team to this important archaeological find that celebrates sporting practice in the ancient capital of Magna Graecia, was organized by the Ionic club, as a good omen for the new season of Taranto volleyball in Superlega and to testify in a manner celebrating how much sport was already from the first millennium BC (Magna Graecia) a fundamental element of Tarantine culture and civilization. 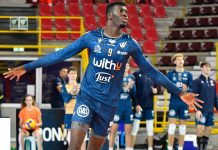