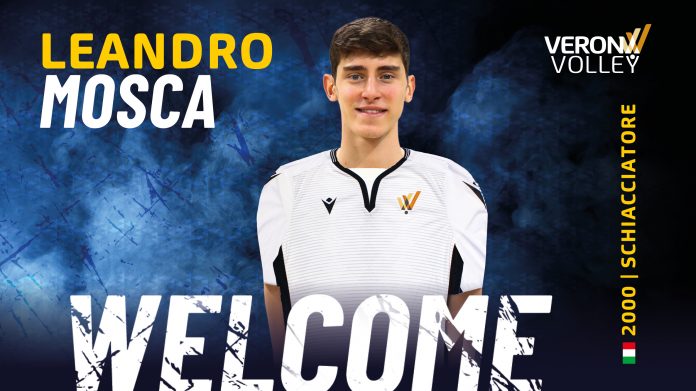 Twenty-two years for 209 cm, a lot of class but also a great desire to grow: Leandro Mosca is officially a Gialloblù player.

The young middle blocker, originally from Recanati, brings as a dowry the important experiences gained between Club Italia and the last two seasons at Allianz Milano. In the last SuperLega championship he made 24 appearances. At this moment, the new Gialloblù central is attached to the Azzurri national team, which is playing the VNL in the Philippines.

The company has reached an agreement with Leandro Mosca until 2024.