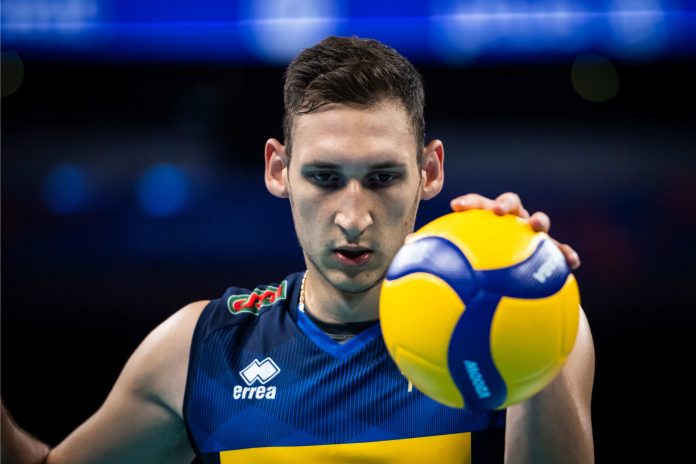 The Palermo middle blocker, after a long and decidedly unfortunate period, returned to full capacity in week 3 of the VNL with the blue jersey. Good news for the national team and good news for Perugia. Roberto says: “Many emotions and good sensations”

After so much bad luck, after so much suffering on the sidelines, after a lot of work aside, after two decidedly troubled seasons Roberto Russo is finally back to taste the pitch and the pleasure of the match!
The Palermo central of Sir Safety Susa Perugia returned to the taraflex with the Italian national team jersey in week 3 of the VNL played last week in Poland. Two full matches against Bulgaria and Serbia, one set against the Netherlands, 19 points, 7 blocks, 2 aces and 10 winning bouts in total. But above all the impression of being physically in order again.