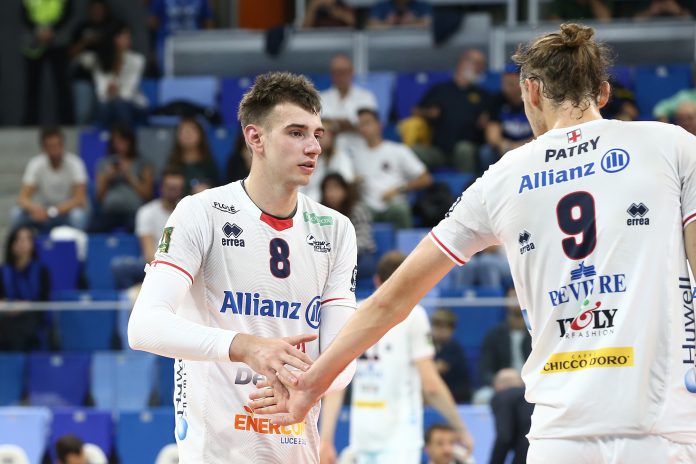 At the end of the defeat against the pontini, the Argentine middle blocker Agustin Loser (8 points for him on the scoresheet with 64% in attack) comments on the 1st day of Superlega for the Milanese: “It was a tough game for us, we had expectations regarding the start of the season, we had an excellent pre-season phase and tonight’s result hurts us ”. After two weeks of preparation in full ranks in the presence of coach Piazza, during which Piano and his teammates demonstrated a great quality of their game between friendlies and tournaments, the disappointment and bitterness of the defeat remedied with Latina must be immediately archived: it is time to think about the next challenge for the Allianz Powervolley that will be on stage at the Monza Arena on Saturday 8 October in advance of the 2nd day to warm up the engines with the first derby of the season. “We know the season is long, this is the first game and we will need it to work and improve. Today there is anger and sadness, but tomorrow is another day and we have to think about the next challenge “- explains Loser. On the other hand, in the opposing half the Allianz Powervolley found an extremely fit Latina who was able to put coach Piazza’s team in difficulty – “All the players of Cisterna played a great match, every time we tried to win. points and to recover, they played better and better both in defense and on the block. They were better than us. I think it will still be long, so we will be able to show our best game ”.