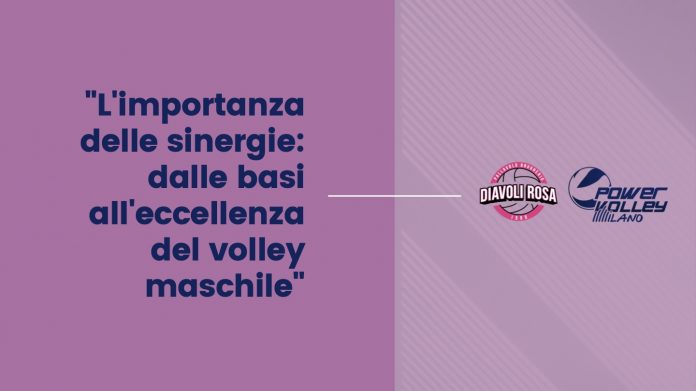 The online course, which involved over fifty technicians, managers and presidents of Cagliari volleyball, had as a case study the Diavoli Rosa Powervolley Milano youth sector with important insights into what makes collaboration successful and of absolute excellence from the point of view managerial, technical and values.

The narrators of the webinar were Danilo Durand, founder and coach of the first team of the Diavoli Rosa as well as Technical Director of the company and of the youth sector Diavoli Power and Fabio Lini, Sports Director of Powervolley Milano who have put their thirty years of experience in the world of volleyball. at the service of the participants and have deepened all those that are the crucial technical aspects for the collaboration to work and that, year after year, it is increasingly successful.

At the base of everything, says Durand, there is the real focus athlete on which the Diavoli Rosa and Powervolley philosophy is based.

Durand, starting from the numbers of the collaboration which, in the youth sector alone, boasts 300 registered athletes, 21 coaches, over 20 managers, a medical and athletic training staff made up of 10 professionals in the sector, 100 volunteers involved in all company events, for about 400 races played last season and an average of 15 per week, he then recounted what the technical structure of the company is, underlining the importance of roles and skills. Technical director, sports director, coaches, medical area and communication area are the active agents on the field.

The discussion then moved on to analyzing all the advantages that a collaboration between a Super League club and a company like Diavoli Rosa, structured and with a strong know-how as well as human capital in the youth sector, produces. Benefits for athletes, coaches and clubs.

What lies behind the strength of the Diavoli-Power collaboration was certainly one of the topics that most captured the attention of the audience: creating trust in its users, speaking the same language, programming, organization and a sense of belonging are just some of the winning variables on which the partnership is founded.

During the debate, the DS of Powervolley Milano Fabio Lini spoke: “Ours is not an agreement, it is not a consortium but a real collaboration that comes from ideas and views”. An important opening before moving on to analyze the managerial aspects that lie behind such a broad structure.