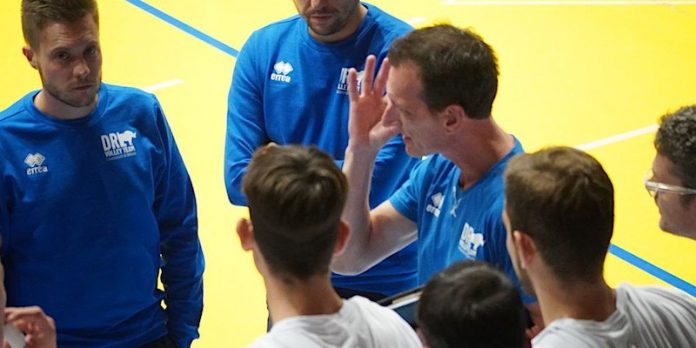 Not even the time to enjoy the beautiful victory in the test with Volley Team Club San Donà and Da Rold Logistics Belluno is already projected to the next and imminent confrontation: that of tomorrow evening (Friday 23, 8 pm), at the Spes Arena, where the rhinos will meet with the Tmb Monselice. Another line-up of Serie A3 Credem Banca. And another Veneto derby.

Speaking of derby, coach Gian Luca Colussi rewinds the tape and returns to the 4-0 printed at San Donà: «The performance was quite good, even if characterized by some blackout phases due to various factors. Overall, we could have done better: in a couple of situations we were a bit too much thinking about the previous action “. Paolo Tofoli’s Volley Team Club was orphaned of a couple of elements: “We are aware of the fact that they had two important absences, like the Greek opposite (Angelos Mandilaris) and a hitter. But I was interested in Da Rold Logistics and, from this point of view, I would say that we are growing ».

Progress is tangible: “The joke went a little better than usual – concludes Colussi – in the sense that in some situations we have limited errors. In any case, it should be emphasized that the general attitude is very positive: the boys want to prove their worth. Mistakes? They are dictated mostly by the enthusiasm and lack of clarity. But it is part of the moment, as well as of the young age. We don’t always make the best choice in the game. However, there is ».